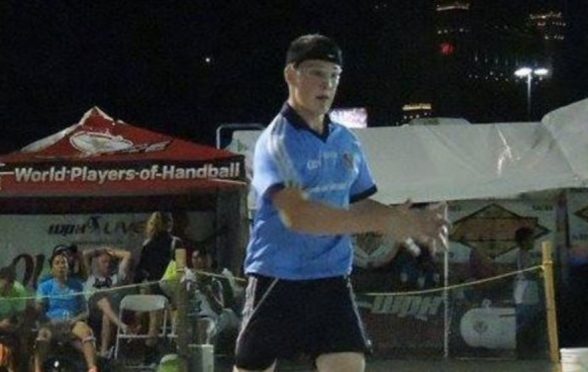 A 20-year-old man has been arrested in connection with a suspected hit and run incident in which has left a hand ball player fighting for his life in hospital.

Conall McCavitt, who is in his 20s, is critically ill in hospital after being struck by a car on Tuesday.

The hit-and-run happened at Cardinal O’Fiaich Square in Crossmaglen, south Armagh shortly before 6.20 am.

Police later recovered a blue Volkswagen Passzt TDI which had damage to its front nearside.

The man was arrested on Wednesday morning on suspicion of a number of motoring offences.

He was interviewed and released on bail pending further enquiries.

Police continue to appeal for witnesses.

Sinn Féin councillor Terry Hearty said he was “deeply shocked” at what had happened, and that anyone with information about the incident should contact police.