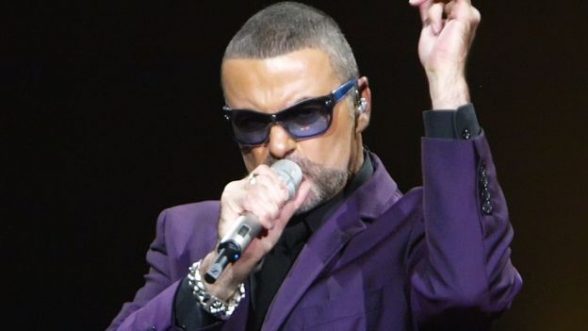 THE world of music has been stunned at the news singer George Michael has died at his home at the age of 53.

The star, who launched his career with Wham! in the 1980s and had huge success as a solo performer, “passed away peacefully” on Christmas Day in Goring, Oxfordshire, his publicist said.

His manager, Michael Lippman, said he had died of heart failure.

Former Wham! bandmate Andrew Ridgeley said he was “heartbroken at the loss of my beloved friend”.

Writing on Twitter and referring to Michael by his family nickname of “Yog”, he added: “Me, his loved ones, his friends, the world of music, the world at large. 4ever loved. A xx”

On Instagram, Sir Elton John posted a photograph of himself with Michael, writing: “I am in deep shock. I have lost a beloved friend – the kindest, most generous soul and a brilliant artist. My heart goes out to his family and all of his fans.”

Michael’s family announced news of his death in a statement issued through the singer’s publicist.

“It is with great sadness that we can confirm our beloved son, brother and friend George passed away peacefully at home over the Christmas period,” it said.

“The family would ask that their privacy be respected at this difficult and emotional time. There will be no further comment at this stage.”

They added: “At this stage the death is being treated as unexplained but not suspicious. A post-mortem will be undertaken in due course. ”

A small heart wreath and a rose are among the tributes left outside the front door of Michael’s home, a detached property by the River Thames.

The song was originally released in 1984 and is the biggest selling single not to reach number one.

It was kept off the chart’s top spot by Band Aid’s Do They Know It’s Christmas, which actually featured Michael.

Solo albums followed, including the multi-million selling Faith in 1987.

The follow-up Listen Without Prejudice Vol. 1 outsold Faith in the UK but led to Michael losing a court case with record label Sony over his frustration at how the album has been marketed.