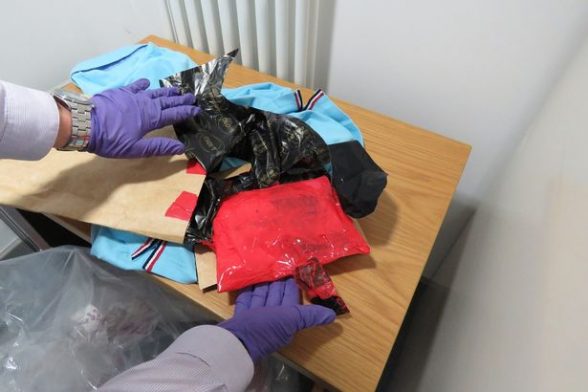 A music promoter has been caged for seven years after bringing ten kilos of 89 per cent pure cocaine back from a seven-week trip to South America.

Shane Delaney, 30, from Kilkenny, was stopped by Border Force officers at Belfast City Airport on 22 May 2016.

A hawk-eyed officer noticed the numerous tags on his suitcase and decided to give his collar a feel.

He had flown from Peru, via Heathrow.

In his baggage they found sealed packets containing 15 polo shirts.

Wrapped inside the shirts were packages of white powder which tested positive for cocaine.

The packages contained almost ten kilos of the drug, some of which was 89 per cent pure. Once cut and adulterated the drugs would have had a potential estimated street value in Northern Ireland of approximately £3 million.

In interviews with National Crime Agency officers Delaney claimed to have done it to pay off a drug debt.

However, investigators were able to piece together his movements prior to his arrest.

Delaney flew out to Peru at the beginning of April and went on to tour Brazil and Chile, including a stay at a four-star hotel on Rio’s Copacabana Beach.

He had been due to fly home at the end of the month but extended his stay, booking new flights home.

Delaney eventually admitted importing class A drugs and at Belfast Crown Court on Tuesday 20 December he was sentenced to seven years in prison.

“NCA investigators were able to show that Delaney’s story was a lie.

“He enjoyed the holiday of a lifetime, costing thousands of pounds – this was not the act of a man who was so in debt he had to smuggle drugs to pay it off.

“The wider criminal networks involved in drug distribution are often also linked to violent crime, the exploitation of young and vulnerable people, and criminal gang culture. 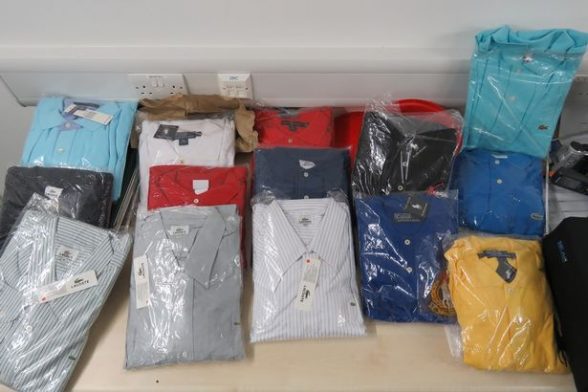 The drugs were concealed inside a packaged shirts

“They rely on couriers like Shane Delaney, so his was a key part of a much longer, more damaging chain.”

“Cocaine is a destructive drug which ruins the lives of users and damages the wider community.

“This was a substantial find, the biggest we have made here, and will have significantly disrupted the activity of the criminal parties involved.

“Seizures like this demonstrate how Border Force officers are at the forefront of the fight to keep illegal drugs and other banned substances out of circulation.”