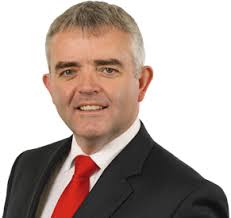 JONATHAN Bell – the politician who broke party ranks to “tell the truth” about the RHI scandal – has been suspended from the DUP.

The Strangford MLA was formally notified over the weekend of the decision to suspend him.

The Party’s officers discussed what action to take against the former enterprise minister this weekend.

On Thursday, Mr Bell was interviewed by Stephen Nolan on BBC 1 NI and accused DUP SPADs of delaying his plans to close down the controversial Renewable Heat Incentive scheme.

Mrs Foster has apologised for not putting a cap on the costs of the lucrative scheme but denies any intervention that may have prolonged it.

It is estimated the way the scheme was set-up will cost taxpayers £400m over its 20-year lifetime.

Mr Bell told the BBC that the DUP’s senior SPADs stopped him from restricting the RHI scheme.

According to Mr Bell, the advisers, who deny the allegations against them, secretly tried to “cleanse the record” of references to Mrs Foster.

Those alleged attempts to alter the papers were made “without my knowledge, without my consent”, Mr Bell said, and were revealed to him by a senior civil servant at the department.