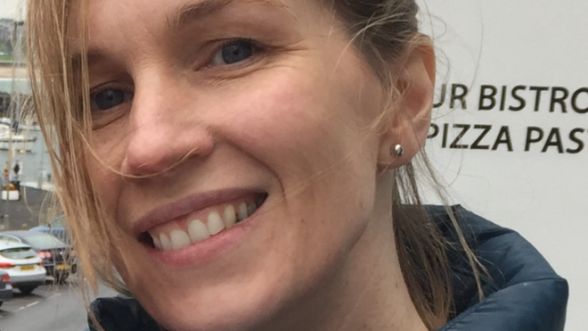 A MAJOR air and sea search is being carried out today for a missing 39-year-old east Belfast woman.

Her car, a white Seat Leon, was later found in the Ballintoy Harbour area.

Police and Ms Johnston’s family said they are becoming increasingly concerned for her safety.

Initial searches were suspended in the early hours of Wednesday due to poor light.

It is understood that the search operation, involving police and the coastguard, is concentrated around the Dunseverick Castle and Carrick-a-rede areas.

PSNI Inspector Sammy McConnell said: “A white Seat Leon car, which we believe Catherine was driving, has been found in the Ballintoy Harbour area.

“There is currently a joint police and coastguard search under way.

“I would appeal to anyone who saw this white Seat Leon car travelling between Belfast and the North Coast or anyone who has any information to contact police.”

Ms Johnston is described as being approximately 5’9″ tall, of average build and with light brown shoulder length hair.