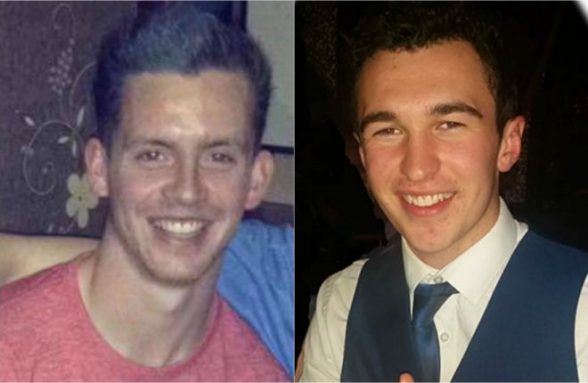 TWO young men died following a serious road crash on the A5 outside Omagh on Saturday morning.

The crash involving two vehicles happened near the meat factory at around 8 am.

The men have been named locally as Maurice McCloughan from Fintona and Killian Doherty from Drumquin.

Both men played for their respective local GAA clubs.

In a message posted on the Drumquin GAA Facebook page on Saturday, the club said:

“Our Club has suffered a devastating loss this morning with the tragic passing of Senior footballer Killian Doherty in a road accident.

“Killian had huge potential as a footballer, however, above his sporting ability he was a friend to all who knew him and will be sorely missed.”

A vigil was held in the St Lawrence’s Park clubrooms at 7 pm on Saturday night.

“We are all saddened by the tragic news that Maurice has gone. It is at times like this that it is really important that we are there to support his family and each other.

“There will be a vigil held at 7.00 pm in the clubrooms for family, friends and club members with a book of condolence, cup of tea and a chat. See you all there.”

The tragedy brings the number of people who have lost their lives on the A5 since August to five.

The A5 Doogary Road was closed while the scene was examined but reopened around teatime last night.

In a statement on Saturday afternoon, PSNI Assistant Chief Constable Alan Todd said, “I would firstly like to extend my condolences to the families of the two young men who died following a two vehicle road traffic collision today on the Doogary Road, Omagh.

“I would appeal to anyone who was travelling on the Doogary Road this morning at approximately 8.00 am and who may have witnessed this incident to contact Police at Omagh on the non-emergency number 101, quoting reference 376 10/12/16.

“All I ask is that drivers slow down, do not drive after drinking or taking drugs, wear a seatbelt, drive with greater care and attention and don’t use mobile phones while driving.”

SDLP MLA Daniel McCrossan said the community was shocked by what had happened.

“There are no words to justify just how devastating, awful and heartbreaking the news is today,” he added.

“Two families, an entire community deeply devastated by the reality of these people losing their lives by what is, and continues to be, an extremely dangerous road.”