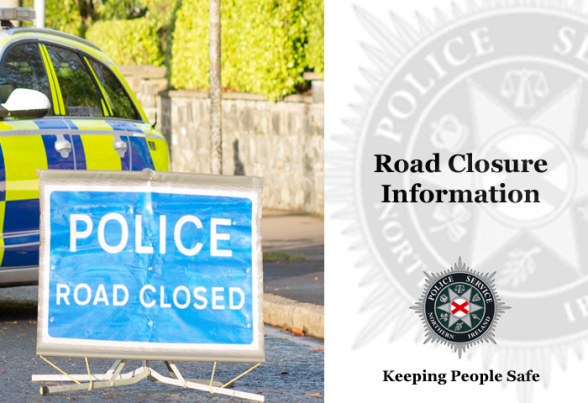 TWO men have died following a crash bringing the death toll on Northern Ireland’s road this year so far to 66.

It happened on the main road between Omagh and Ballygawley in Co Tyrone.

Police and emergency services were alerted to the smash near to meat factory on the A5 Doogary Road just after 8 am this morning.

Police have said the road is expected to remain closed for some time.

Diversions are in place with Omagh-bound traffic being diverted via Seskinore, Fintona and Dromore, and Ballygawley-bound traffic via Beragh.

“With many people enjoying some time off over the coming Christmas holidays, I am appealing to all road users to exercise caution, as our statistics illustrate that, like any other holiday period, there is an increased risk of collisions,” he added.

“To date this year, unfortunately, 66 people have been killed on our roads.

“Over the Christmas holidays we will have additional police resources on the roads across Northern Ireland and we will be liaising closely with our An Garda Siochana Traffic Corps colleagues in the border counties.”

SDLP MLA Daniel McCrossan said the community was shocked by what had happened.

“There are no words to justify just how devastating, awful and heartbreaking the news is today,” he added.

“Two families, an entire community deeply devastated by the reality of these people losing their lives by what is, and continues to be, an extremely dangerous road.”