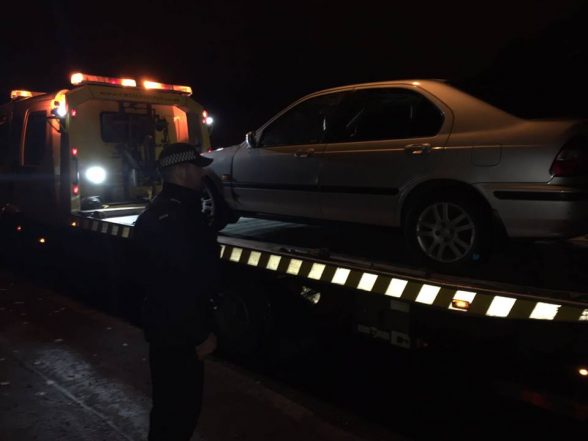 POLICE have arrested a man on motoring and drug offences after a car skidded into the hands of officers on vehicle checkpoint duty last night.

A PSNI spokesperson said: “Tactical Support Group (TSG) were conducting a Vehicle Check Point (VCP) in Belfast last night when this car skidded up to the check point.

“It subsequently transpired in addition to Careless Driving the driver also had No Insurance and No Driving Licence.

“Whilst talking with the driver we also noted a smell of cannabis coming from the car.

“Following a search a small amount of cannabis was found in the car.

“In addition to having their car seized the driver will also find themselves in court for the offences highlighted.”