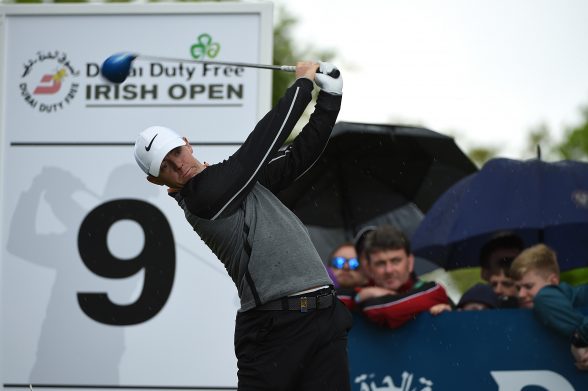 STRAFFAN, IRELAND – MAY 22: Rory McIlroy of Northern Ireland tees off on the 9th hole during the final round of the Dubai Duty Free Irish Open Hosted by the Rory Foundation at The K Club on May 22, 2016 in Straffan, Ireland. (Photo by Ross Kinnaird/Getty Images)

Portstewart Golf Club will be home to the Dubai Duty Free Irish Open, hosted by the Rory Foundation, from July 6 -9. Promising to be the sporting showpiece of summer 2017 – this exclusive fan pack is the ideal present for golfers, including:

– One PROGRAMME and DRAW SHEET

Available to purchase until December 15 (to ensure delivery before Christmas Day), the cost for all of the above is 119 which offers a saving of more than 20% on the full retail price of 150.

Not only that, everyone who buys a Dubai Duty Free Irish Open Festive Fan Pack will be entered into a draw to receive one of 50 exclusive Christmas cards, personalised and signed by Rory McIlroy himself.

“If you have a golf fan in your family, then our exclusive Dubai Duty Free Irish Open Festive Fan Pack really is the perfect Christmas present,” he added. “Not only does it offer tremendous value for money for anyone wanting to go to the event, recipients will also have a chance to win one of just 50 personally signed Christmas cards from our defending champion Rory McIlroy. This is a unique offer that can be treasured long after the event has come and gone.

“Families with young children will also be delighted to hear that admission is free for all under 16’s (when accompanied by an adult), so just one Festive Fan Pack could ensure a great day out for the entire family.”

The world’s best golfers are expected to converge on Portstewart Golf Club next July as reigning champion Rory attempts to become the first golfer to successfully defend his Irish Open title since Colin Montgomery won back to back tournaments at Druids Glen in 1996 and 1997.

To purchase a Festive Fan Pack for a loved one this Christmas, or view other ticketing options, visitwww.dubaidutyfreeirishopen.com.

A portion of all sales will go directly to The Rory Foundation, which supports children’s charities around the world and is hosting the tournament for the third year running.