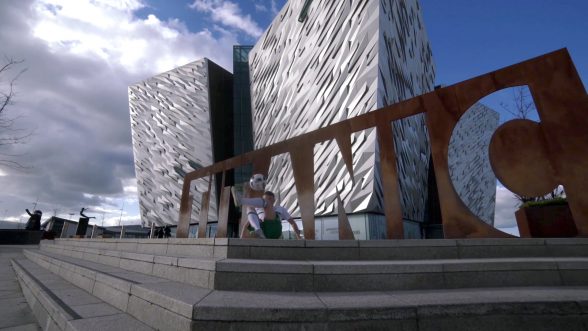 TITANIC Belfast has been named the world’s leading tourist attraction.

It came out top at the World Travel Awards, which were set up by the tourism industry to recognise excellence.

Organisers said more than one million people participated in voting online for the best attraction from a shortlist of eight.

Titanic Belfast opened in 2012 at a cost of £77 million and since then has had more than three million visitors.

It went forward to contest the world attraction category after winning the best European prize earlier this year.

Titanic Belfast beat other finalists, including the Las Vegas Strip and the Guinness Storehouse in Dublin.

Its chief executive, Tim Husbands, said: “We are delighted that this award firmly shines a spotlight not only on Titanic Belfast but Belfast and Northern Ireland.

“With the award we hope to attract more tourists to Northern Ireland to discover it.”