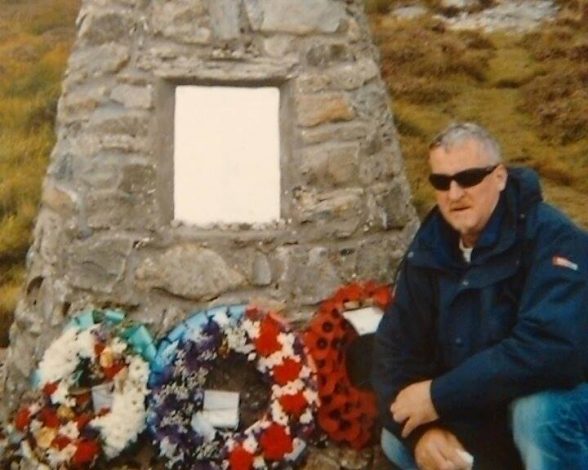 FORMER IRA supergrass Raymond Gilmour is to be buried today five weeks after his decomposed body was found in a flat in England.

Family friends say the 55-year-old’s body has finally been released despite the exact cause of death still not known.

Close RUC friend Chris Norman told Belfast Daily: “Ray’s family have been given permission by the Coroner to bury him without a death certificate.

“The toxicology report is in progress but it will probably take months to complete. The exact cause of death is yet unknown.’’

Added Mr Norman: “Ray’s wish was always to have a small funeral in Kent as he loved it and called it home. It will be a small, morally religious funeral at Ray’s request.’’

Gilmour was found on Thursday, October 27, by his 18-year-old from a previous marriage, his body decomposing where he died.

The discovery was made after he failed to respond to messages and calls from his family and friends.

Mr Norman said Gilmour may have been dead for up to four weeks before he was found last month in his flat.

“He wasn’t answering his phone for weeks and I just thought he had gone to ground as the Police Service of Northern Ireland were looking for him,’’ he added

Belfast Daily revealed last month that Gilmour was on the verge of being arrested by Kent police on behalf of the PSNI.

He was wanted by the PSNI’s Terrorist Investigation Unit for withholding information about the alleged activities of Martin McGuinness.

The PSNI were liaising with Kent police to have him brought in last month to a station in Gillingham.

He was facing arrest after he gave his Belfast solicitor a statement saying that he would reveal all about convicted IRA member Martin McGuinness and his alleged involvement in a number of murders.

His solicitor handed the letter over at Gilmour’s request to a detective chief superintendent in charge of the TIU at a police station in east Belfast. His solicitor told Belfast Daily: “I had been liaising between Ray and the PSNI for quite some time now.

“He wanted me to be present at the forthcoming interview in England.

“The chief superintendent told me that Ray was going to be arrested for withholding information about certain crimes he had mentioned in his letter, particularly those he alleged against Martin McGuinness, the deputy First Minister.

“I was awaiting confirmation from the Northern Ireland Office that I could have a right of audience with Ray during his interview.

“Sadly, and very tragically for his family, Ray was found dead. His death has hit his friends very hard. They described him as a very brave man,’’ added his solicitor.

Gilmour had become a lonely figure in recent years, with his life spiralling into chronic alcoholism.

Codenamed ‘Agent Romeo’ by his RUC Special Branch handlers, he could not return home to Derry for fear he would be killed by the IRA or dissident republicans.

Gilmour had been living in England under a new identity for the past 30 years  after he gave evidence against fellow IRA and INLA members back in the early 1980s which became known as the ‘supergrass trials’.

His information rocked the IRA in Derry with so many members arrested on the foot of his word bombings and shootings ended in the city.

Two years ago, in an exclusive interview with Belfast Daily,  Gilmour said that he would tell police the name of the man who killed census worker Joanne Mathers in the city over 30 years ago.

Gilmour said he would also reveal the name of the woman who supplied the gun used int he murder. Speaking from his then hideaway home in England, Gilmour told Derry Daily he had recalled the information about the woman following the publication of his book “What Price Truth?”

“The murder weapon was a .357 Magnum revolver which had been stolen from the home of a part-time RUC officer.

Gilmour said during the interview he would reveal the name of the woman who “couriered” the gun and the “man who shot her.”

Tragically, because of his deteriorating health over the past number of years, he has taken his secrets to his grave.

In his interview, Gilmour told us: “Martin McGuinness is now the Deputy First Minister in Northern Ireland but he appears to have forgotten all about his past in Derry.

Gilmour first joined the INLA when he was 17 working as a covert agent for RUC Special Branch.

But he said he was ready for them – and he had secretly bought a handgun and ammunition to protect himself as he was refused a personal protection weapon.