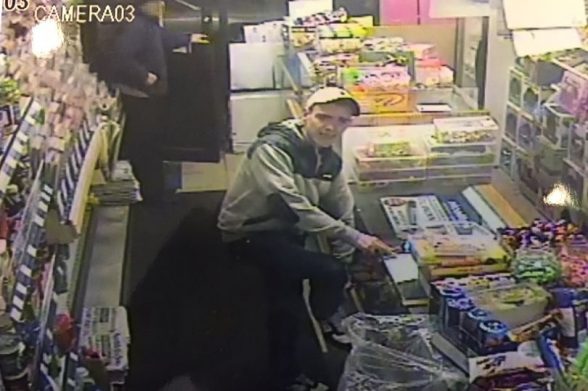 Police issue CCTV of thug Louis ‘Luger’ Maguire Jnr buying cigarettes after murdering Eamonn Ferguson with a claw hammer. He dumped the blue he had been wearing as it was covered in blood

DETECTIVES say the convictions of two men for their part in the murder of Eamonn Ferguson in north Belfast almost three years ago show what can be achieved when communities and police work together.

Eamonn, 35, was found dead in a house at Ardoyne Place in the early hours of Saturday 15 March 2014 after being beaten with a hammer.

Last month 28 year old thug Louis ‘Luger’ Maguire Jnr was convicted of his murder and Christopher Power, aged 33, was acquitted of murder by a jury but found guilty of assisting an offender.

Maguire was told he must serve 17 years in prison before he can be considered for parole. Power was sentenced to five years, four months.

The officer who led the investigation, Detective Chief Inspector Justyn Galloway from Serious Crime Branch, said: “I want to pay tribute to the Ferguson family who have shown great dignity over the past almost three years and during the harrowing evidence at last month’s trial.

“I also want to acknowledge the local community in Ardoyne for the assistance they provided in working with the Major Investigation Team dealing with Eamonn’s murder.

“People came forward, whether they were neighbours, friends or associates of Eamonn, and helped us.

“They told us what they knew, helping us to build a case and gave evidence.

“These convictions are an example of what can be achieved in the criminal justice system when communities and police work in partnership.

“I would also like to acknowledge the work of the Major Investigation Teams, the Public Prosecution Service and senior prosecution counsel.

“This was a collective effort which hopefully has brought some comfort to Eamonn’s family.”

Police have issued a recording of a 999 call which Maguire made in the early hours of 15 March 2014 claiming to police that he’d been away and returned home and found Eamonn Ferguson in his house.

Maguire tells the call handler there is a lot of blood and is heard asking Power to check if Eamonn is dead.

The jury decided that all three had been drinking the previous day and that Maguire had attacked Eamonn with a hammer in the house while Power was asleep. 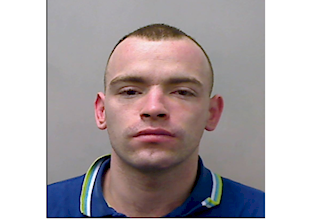 Maguire then went out to buy cigarettes before returning and making the 999 call.

Police were able to prove that Power and Eamonn had been busking in Belfast city centre before Maguire joined them around 8.30 pm and invited them back to his home in Ardoyne Place for drinks.

Detectives also issued mugshots of the two defendants and a new image of Eamonn. 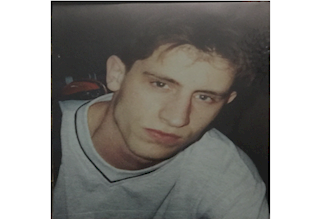 DCI Galloway said: “Eamonn deserves to be remembered as someone who is more than a victim.”

In a statement to the court, Eamonn’s mother Mrs Pat Ferguson, said: “Eamonn was a loving son, brother and uncle.

“He had worked as a painter and decorator and liked to play the guitar.

“He was intelligent and enjoyed reading. He loved to laugh and to make people laugh.

“Now, there is not a minute of the day when I don’t think of him.

“His death has impacted on every part of our family’s lives, lives which have been turned upside down, never to be the same again.” 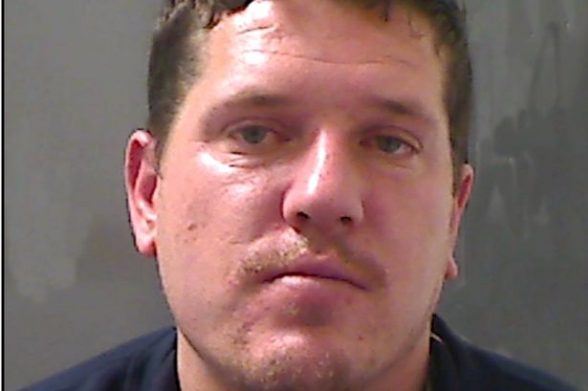 Police also released three CCTV stills:
∙ Louis Maguire with Eamonn earlier the previous day, 14 March 2014, outside a bookmakers.
∙ Louis Maguire, wearing a blue jacket, and Christopher Power buying mixers after they had been in Belfast city centre with Eamonn and were returning to Maguire’s house for drinks. Eamonn was waiting outside.
∙ In the early hours of 15 March (time code is one hour fast) Louis Maguire wearing a different jacket buying cigarettes. This was after he murdered Eamonn but before he made the 999 call.

Detectives believe Maguire destroyed the blue jacket because it was stained with Eamonn’s blood.