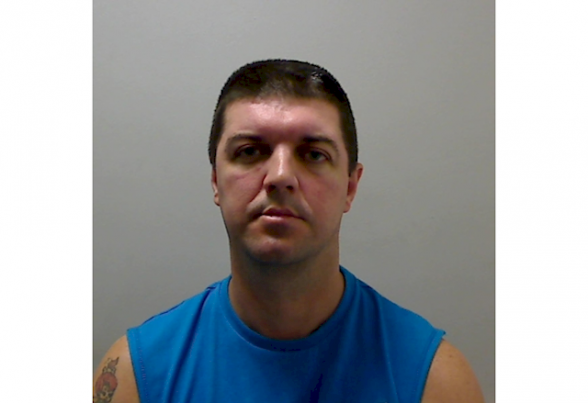 A 41 year old man who carried out a paramilitary style shooting in north Belfast six years ago has been given a 10 year sentence at Belfast Crown Court today.

Patrick Joseph O’Neill, from Eithne House in Duncairn Parade, was convicted of wounding with intent and carrying a firearm.

The charges relate to an incident in November 2010 when a 27 year old man was shot seven times in front of his mother at their home in Brompton Park.

Three masked intruders forced their way into the house on the evening of 15 November and shot him seven times in the legs and groin area.

The victim’s mother grabbed knives from her kitchen and struck out at the assailants before they ran out through the back of the house.

O’Neill was unmasked as one of the intruders whose DNA was found on a knife his victim’s mum used to try and fend off the attackers.

And when he was arrested over a domestic incident this year, his DNA matched that found on the knife.

Detective Inspector Andy Workman, from Serious Crime Branch, said: “As a result of forensic evidence which became available to us earlier this year, we were able to arrest and charge Patrick Joseph O’Neill.

“The victim sustained serious injuries as a result of this attack.

“It was an example of nameless and faceless individuals using a paramilitary flag of convenience, in this case Oglaigh na hEireann, to inflict life-changing harm on someone without any reference to a judge, jury or the normal processes of the criminal justice system.

“This is not the way to deal with allegations of criminality in a civilised society in the 21st century. 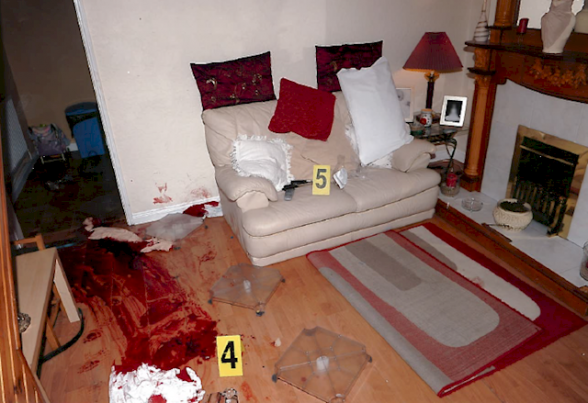 The scene of the punishment shooting gun attack in the living room of the house in Brompton Park, north Belfast

“Police will continue to robustly investigate all such paramilitary style shootings and assaults.

“We would encourage victims, their families and communities to work with us so that such barbaric activity is shunned and those involved are put before the courts.”

O’Neill’s 10-year sentence will be divided equally with five in jail followed by five on supervised licence on his released from Maghaberry prison.