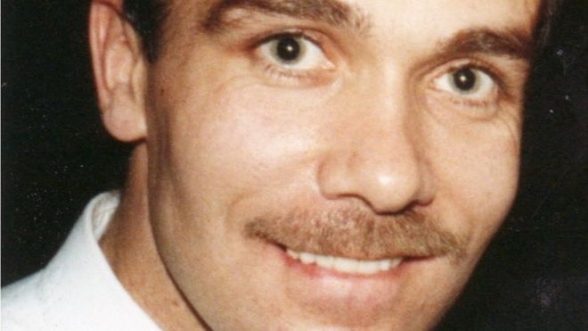 John Hemsworth said he was assaulted by RUC officers in 1997

AN investigation by the Police Ombudsman’s Office has found new evidence about an attack on a man, during which he sustained injuries which led to his death.

John Hemsworth was assaulted in the early hours of Monday, 7 July 1997 in west Belfast.

Later that year he became ill, was admitted to hospital and died on 1 January 1998.

Before his death, the 39-year-old alleged police officers had carried out the assault.

Two subsequent police investigations were unable to establish if police officers were responsible for the attack.

However, Police Ombudsman investigators have uncovered evidence that placed him in the same location as police officers at the time of the assault.

Inquest found it was highly probable that police officers were responsible for the injuries which contributed to Mr Hemsworth’s death.

Police Ombudsman, Dr Michael Maguire, said this new evidence has confirmed the conclusions of an inquest, which found it was highly probable that police officers were responsible for the injuries which contributed to Mr Hemsworth’s death. But he said it also raises additional concerns.

The assault took place following a night of trouble in the area.  Springfield Road Police Station had come under repeated attack from petrol bombs and other missiles. The RUC had deployed the ‘Blue Section’ of its Operational Support Unit in an effort to disperse the crowds.

Mr Hemsworth had been making his way home following a night out. He later alleged that as he was walking along Malcolmson Street, a minor road off the Springfield Road, police assaulted him.

Although injured, he got to his home in Conway Square. His wife advised him to go to hospital, where he was treated for a broken jaw and then discharged.

He later provided a brief account of what happened to his solicitor, who began to gather more information prior to making a complaint about police.

Following Mr Hemsworth’s death, his solicitor lodged this complaint, which was investigated by police.

A Post Mortem examination proved inconclusive. The pathologist said it had not been possible to link Mr Hemsworth’s death to the injuries he had received.

A lack of detail in Mr Hemsworth’s account meant police were unable to properly establish his movements prior to the assault, nor who had been with him.

In January 1999, police reported that they had found no evidence to support the allegations.

Members of his family secured a second medical opinion which stated that the injuries sustained during the assault were highly likely to have been the ‘sole direct underlying cause’ of death.

The Attorney General then directed an inquest and police conducted a second investigation into Mr Hemsworth’s allegation, following which the Public Prosecution Service directed ‘No Prosecution.’

However, in September 2009 an inquest was provided with new evidence in the form of photographs which had been taken by Mrs Hemsworth of her husband’s injuries shortly after he had been discharged from hospital. It adjourned to consider this new material.

When the Inquest resumed in 2011 it also heard expert evidence which described his injuries as being consistent with having been struck by a cylindrical object similar to a police baton.

The Coroner concluded ‘it was highly probable that one or more officers of the RUC Operational Support Unit Blue Section was responsible for the injuries to Mr Hemsworth’, which were likely to have played a part in his death.

The PSNI then referred the matter to the Police Ombudsman’s Office.

Police Ombudsman investigators carried out door to door inquiries in the area, issued media appeals, held a public meeting and sought footage from military helicopters, none of which provided new evidence.

Police Ombudsman investigators found new witnesses who had been with Mr Hemsworth before his death.

However, they also traced witnesses who had been with Mr Hemsworth prior to the attack.

These witnesses, who corroborated each other’s evidence, said Mr Hemsworth and a number of other people had been at a house at Brittons Parade until after 1 am on the morning of the assault. Unable to get taxis, they decided to walk to their homes and all left the property together. One witnesses, the last of the group to see Mr Hemsworth, said she parted company with him at Oakman Street.

Given this information, Police Ombudsman investigators carried out a reconstruction of the route Mr Hemsworth would most likely have taken to get to his home in Conway Square. This placed him in Malcolmson Street at or around 1:45am when police officers from the Blues Section were known to have been present.

“The previous investigations did not get this information and were working to a flawed timeline. They relied on the evidence available then that Mr Hemsworth had arrived home not any later than 1.15am, before the RUC Blue Section was in Malcolmson Street,” said Dr Maguire.

Police Ombudsman investigators then interviewed 16 police officers from a number of units of the RUC’s Blue Section, some of whom were in Malcolmson Street that night.

Most have retired from policing, while others remain within the PSNI.

None admitted assaulting Mr Hemsworth, nor did they implicate any of their colleagues in the attack.

The findings of Dr Maguire’s investigation have added weight to the conclusions of the Coroner but have not identified the particular police officer/s involved:

“The medical evidence is that the injuries sustained by Mr Hemsworth were the sole underling cause of his death in 1998.

“Further, the available evidence leads me to conclude that those injuries were sustained as a consequence of Mr Hemsworth being  assaulted by police officers.

“I am concerned that throughout the course of three investigations and an Inquest no officer who was present has been able to recall the incident,” he said.