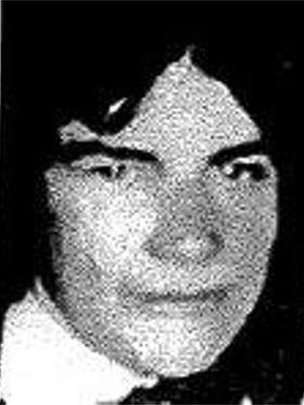 Daniel Rooney, 18, was shot dead by a secret British Army unit in west Belfast in 192

THE body of a teenager shot dead by the British Army in 1972 is to be exhumed today as part of a police investigation into the covert Military Reaction Force (MRF).

Daniel Rooney, 18, was shot in the St James Crescent area of west Belfast by MRF operatives.

The teenager died a short time later in hospital from the fatal round.

It is hoped the bullet which killed him may still be in his coffin.

Detectives from the PSNI’s Legacy Investigation Branch will exhume the body at Milltown cemetery as part of a two day operation.

The Coroner gave permission for the exhumation but said he understood it would cause anguish to the Rooney family.

The MRF was an undercover British Army unit operating in Belfast in the early 1970s.

Former MRF members told the BBC’s Panorama programme in 2013 that they had been tasked with “hunting down” IRA members in Belfast.

But they also admitted shooting and killing unarmed civilians.

The programme was told the MRF consisted of about 40 men handpicked from across the British army.

The unit was disbanded after 18 months in operation.

Before it was disbanded 40 years ago, plain-clothes soldiers carried out round-the-clock patrols of west Belfast in unmarked cars.

One of them described their mission as “to draw out the IRA and to minimise their activities… if they needed shooting, they’d be shot”.

Panorama identified 10 unarmed civilians – including Daniel Rooney – who were shot by the MRF, according to witnesses.