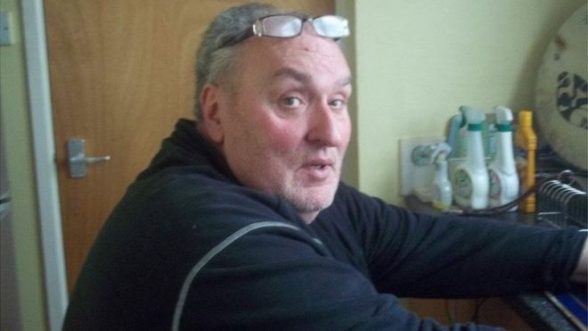 A 42-year-old man faced a court today charged with the stab murder of Jimmy Hughes in west Belfast.

or of Divis Tower on Sunday night.

The 62-year-old died as a result of a stabbing and detectives from the PSNI’s Major Investigation Team launched a murder inqyiry.

Today, family members of the 62-year-old victim wept as James Devine, with an address in Divis Tower, appeared for a first remand hearing at Belfast Magistrates’ Court charged with his murder.

Mr Devine spoke only to confirm his name and that he understood the charge.

No details of the circumstances of the killing were given in court.

His legal team made no bail application.

The accused was remanded in custody to Maghaberry prison and will appear again via videolink on Wednesday, December 7.

Police investigating the murder have widened their appeal and now want to speak to anyone who saw Mr Hughes between Friday and Sunday.

Senior MIT officer Det Supt Kevin Geddes said: “Although a suspect has been charged, we are continuing to appeal for information and have widened the relevant appeal period.

“We now want to hear from anyone in Divis Tower who saw James Hughes or witnessed anything suspicious between Friday evening 4 November and the evening of Sunday 6 November to contact detectives.”