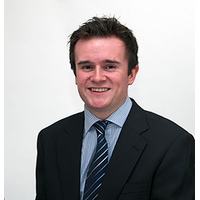 THE Alliance Party has condemned the distribution of race hate leaflets.

Anti-Muslim and anti-immigration leaflets were left on cars in Lisburn on Saturday.

They claim to be from the far-right organisation, Ulster Awake.

Deputy Mayor Stephen Martin said the leaflets contained false information in a bid to cause fear and division.

“Everyone is entitled to express their point of view but when a group pretends to defend us all by spreading outright lies intended to divide communities, it needs condemned in the strongest possible terms,” Mr Martin said.

“This propaganda needs continually challenged – nothing of what they have put into the public domain that actually stands up to scrutiny.

“These sorts of groups are only interested in whipping up unnecessary fear to further their own agenda.”

The Alliance Party said the leaflets were left on car windscreens outside Bow Street Mall in Lisburn on Saturday afternoon.

The material made reference to jihad and the terror attacks in Madrid, London, Paris and Nice.

It claimed that immigration was being used as a weapon to “destroy the nation states of Europe”.

Mr Martin said: “Whoever wrote this offensive material won’t even put their own names to their propaganda.”

He called them “anonymous cowards” and said they must be challenged at every turn.