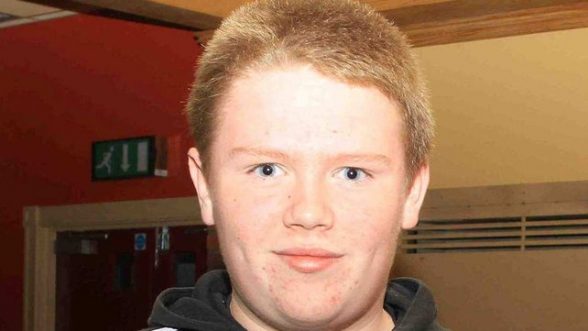 A man has been charged by police investigating the death of teenage schoolboy Ronan Hughes.

The 31-year-old appeared at Bucharest municipal court in Romania.

He was charged with producing and distributing indecent images of children as well as blackmail.

The identity of the man has not been revealed and he was remanded in custody.

Ronan Hughes, a 17-year-old from Coalisland, Co Tyrone, took his own life in June 2915.

He had been the victim of what the police call webcam blackmail.

The PSNI said it had been liaising with a number of agencies in a variety of jurisdictions as part of the investigation, including the Romanian Police, Romania’s Directorate for Investigating Organised Crime and Terrorism, the National Crime Agency, and Europol.

“This has been complex and protracted and we are grateful to our colleagues in our partner agencies for their assistance to date,” he said.

Det Supt Reid confirmed the man would be tried in Romania with the assistance of the PSNI.

“We’ll be taking over our information that led to today’s arrest,” he said.

Calling on anyone else who finds themselves in a similar position to Ronan Hughes to contact police, he added: “We understand people might be embarrassed by it but we would say please, set that aside.

“If you don’t feel comfortable speaking to us, speak to a third party because we don’t want any more deaths.”