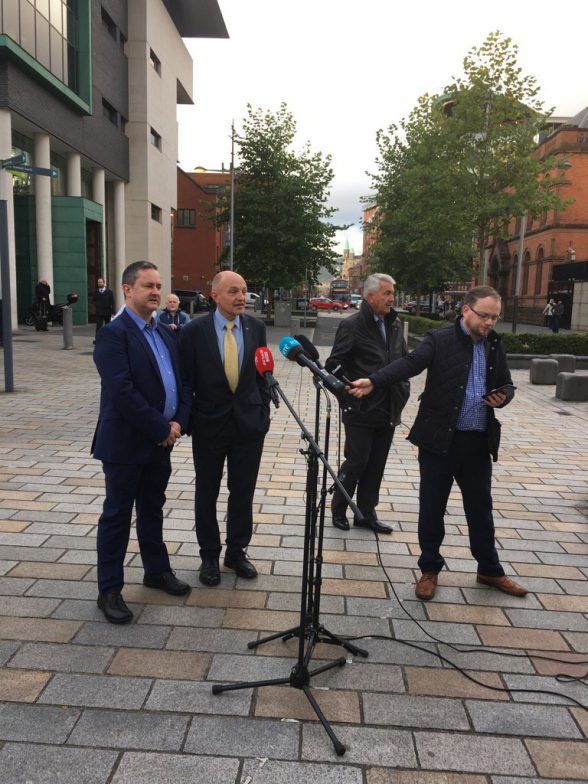 ASHERS Bakery has lost its appeal that it discriminated against a man for refusing to make him a pro-gay cake.

Known as the ‘gay cake affair’, Gareth Lee took Ashers Bakery to court on the grounds of discrimination.

At the first court case, Count Court Judge Brownlee found in his favour.

The company was last year ordered to pay £500 for refusing to make a cake with a pro-gay marriage slogan on it.

Judge Brownlee found that customer Gareth Lee had been discriminated against on the grounds of his sexual orientation.

He was backed in the case by the NI Equality Commission.

The judge had ruled that, as a business, Ashers was not exempt from discrimination law.

The firm was found to have discriminated against Mr Lee on the grounds of sexual orientation as well as his political beliefs.

At the time, the judge said she accepted that Ashers had “genuine and deeply held” religious views, but said the business was not above the law.

However, the McArthur family who run Ashers, said they had decided “after much careful and prayerful consideration” to appeal.

In conclusion he said: “For the reasons given we consider that it is only necessary to answer the following questions in the case stated:

“Was I correct as a matter of law to hold that the appellants had discriminated against the respondent directly on grounds of sexual orientation contrary to the Equality Act (Sexual Orientation) Regulations 2006 – Yes.”