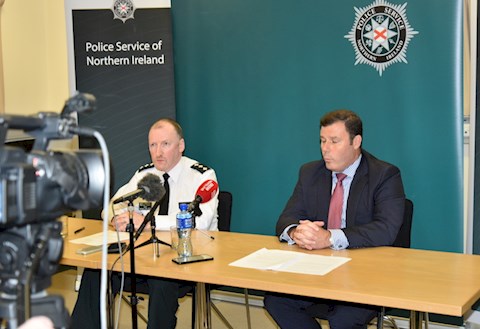 DETECTIVES have described the murder of a man in west Belfast last night as “cold blooded, summary execution”.

The senior detective leading the hunt for Joe Reilly’s dissident republican killer has appealed for information about the brutal murder.

Detective Chief Inspector Peter Montgomery from the PSNI’s Major Investigation Team said: “At about eight o’clock last night a number of men, one of whom was armed with a handgun, opened the unlocked door of number 1 Glenwood Court in Poleglass.

“Two people in the house were subsequently ordered into the kitchen and made to lie on the floor.

“The man who lived in the house, 43 year old Joe Reilly, was kept in the living room.

Mr Reilly was shot a number of times in the chest and, despite the best efforts of paramedics, he died at the scene.

“The gunmen ran out of the house by the front door and down the street.

They are described as being about six ft tall, wearing dark coats and dark trousers.

“One was wearing dark rimmed glasses and a Celtic scarf.

“It is really difficult to know how to describe what happened last night. The adjectives ‘brutal, senseless and barbaric’ are inadequate.

“This was a cold-blooded summary execution of a man in his own home.

“At this early stage in the investigation, we have no motive for Joe Reilly’s murder. We will keep a completely open mind as to why he was killed.

“I have two appeals which I would appreciate being used in coverage of this murder:

“Firstly, I understand three children were seen in the area as the gunmen ran away from the house around eight o’clock last night. I need to talk to those children to find out what they saw.

“Secondly, I am appealing to anyone who was in the Glenwood Court/ Glenwood Crescent area last night before or after eight o’clock or in the Laurelbank area around the same time to come forward and speak to me.

“We have a team of detectives based here in Musgrave police station who are ready and willing to listen to anyone with information about what happened last night.

He said: “I would like on behalf of the Police Service of Northern Ireland to express my sincere condolences to the family of Joe Reilly following the terrible events in West Belfast yesterday evening. 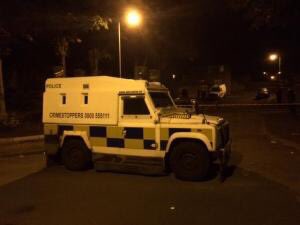 “This was a brutal, senseless and horrendous killing of a man in cold blood and I condemn it in the strongest possible terms. There is no place for such activity in our society or in the community of West Belfast.

“I want to take this opportunity to reassure the community of West Belfast that police have, and will continue to deploy our resources in a significant and meaningful manner to prevent harm and to protect the community.

“Such harm comes in various forms and on a daily and nightly basis, around the clock, police will be on the streets of West Belfast to continue to take drugs from our streets, to stop child sexual exploitation, to address anti-social behaviour and death driving and to prevent and detect burglaries.

“The local community and the criminals can continue to expect to see visible policing in the coming weeks and months.

“Police in West Belfast are providing a much needed and increasingly valued service and we remain determined to work together with the community to keep people safe.

“The vast majority of the community of West Belfast are law abiding people who just want to live in peace.

“Those people who did what they did last night want to try and drag us back to the past are not supported by the community.

“I would like to reiterate our appeal for anyone who saw or heard anything yesterday evening to come forward and give us the information which we need to bring those responsible to justice.

“There may be people out there who have never picked the phone up to talk to us in the past.