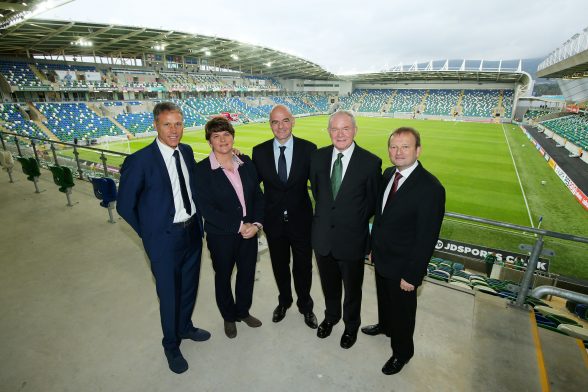 IT was a night to remember for players, fans and legends.

And it all took place on the hallowed Windsor Park turf after the new National Stadium was officially opened to 18,500 Green and White Army fans.

Fans, young and old, were treated to a lap of honour to many of Northern Ireland’s legends on an off the pitch.

The IFA received £28.75 million from the Executive towards the stadium redevelopment which now has a seating capacity of 18,500.

Speaking ahead of the match First Minister, Arlene Foster said:  “It is a privilege to be here this evening to mark the official opening of our National Stadium at Windsor Park.

“The transformation has been remarkable and Northern Ireland, along with first class fans, now has a truly first class venue as its home of football. 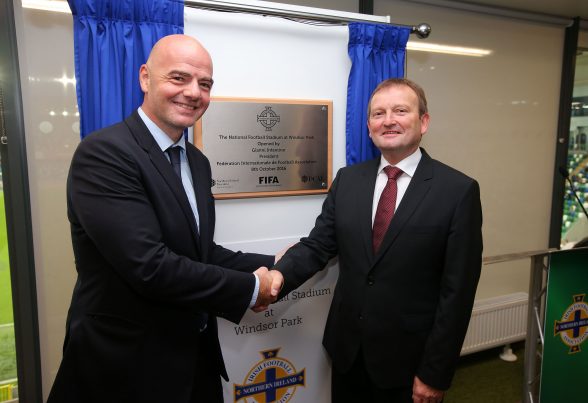 “The Northern Ireland Executive’s contribution of £28.75 million has helped deliver this magnificent outcome and I congratulate everyone involved in the development of our new National Stadium.

“There is no doubt that this Summer’s Euro 2016 finals were transformative for Northern Ireland football and this wonderful new facility is reflective of our pride and ambition to take Northern Ireland to the next level.

“I have no doubt this magnificent new stadium will see many great sporting occasions in the years to come.”

The deputy First Minister, Martin McGuinness said: “In France this summer Michael O’Neill and his team proved they were a class act both on and off the pitch and I’m delighted they now have a world class stadium to match.

“The Executive’s investment of nearly £30million will reap massive social, economic and cultural benefits. Tonight’s opening completes the second part of a three stadia Programme for Government commitment and I look forward to Casement Park coming to fruition during this Assembly term.

“Sport has the ability to break down barriers on and off the pitch and the IFA deserves great credit for its tireless efforts to rid sport of sectarianism, racism and homophobia.

“Their work goes beyond the gates of Windsor Park and ripples out into wider society building friendships and the community. The financial support we have provided towards this stadium is an investment in a more inclusive, shared society.” 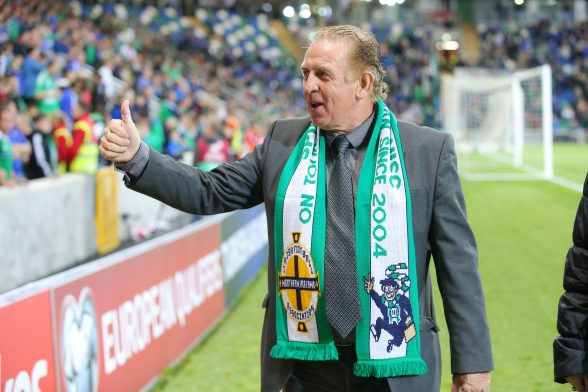 Also attending the official opening Sports Minister Paul Givan said: “This new state of the art Stadium marks a new and exciting beginning not only for the Northern Ireland Football team but for the whole community.

“This is a very special and proud day for all those who have worked tirelessly to turn the vision of a National Stadium into a reality.”