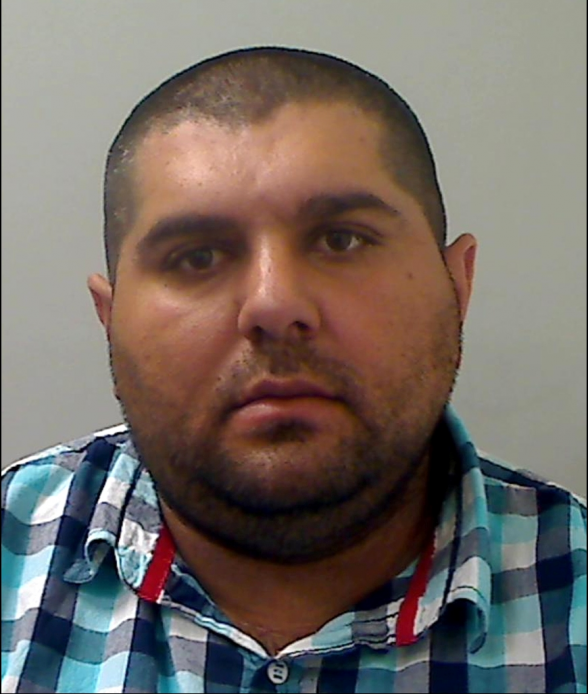 THIS is the roly poly Romanian gang boss who was jailed today for two and a half years who stole the wages of his workers and put the cash in his own bank account.

Ioan Lacautus, his wife Cristina Covanic and her brother Samuil Covaci, who admitted involvement in a human trafficking operation in Northern Ireland were sentenced at Craigavon Crown Court.

He was sentenced to 15 months in custody and 15 months on licence and had a suspended sentence of 15 months for a previous offence imposed to run consecutively, making a total of two and a half years behind bars.

She was sentenced to 12 months, suspended for two years. 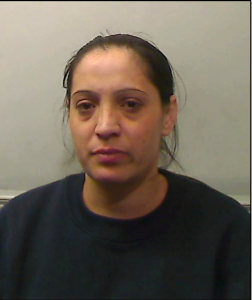 He received a conditional discharge for two years.

In August 2014 four Romanian workers approached police claiming to be victims of exploitation.

Police enquiries led to the discovery of another eight victims of human trafficking for exploitation.

Within a few days the three defendants were arrested and interviewed with assistance from the Gangmasters Licensing Authority (GLA).

Those rescued, three women and nine men, claimed a man calling himself ‘the Ministro’ (the Master) encouraged them to come to Northern Ireland for well paid jobs and a new life.

This man was identified as Romanian national Ioan Lacatus.

Victims were collected from Dublin Port by Lacatus and his brother-in-law Samuil Covaci on various dates.

They were driven to Portadown and placed in a house in Charles Street with other persons including Samuil Covaci, who police believe acted as a minder.

Lacatus watched the house from his car wash business across the street.

Paperwork was completed for them with a local recruitment agency and they went to work in local factories.

They were transported to and from work by Lacatus and Samuil Covaci and often waited three hours for lifts home. 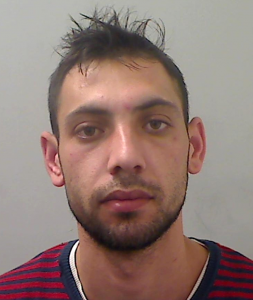 Living conditions were filthy and overcrowded.

Victims claimed there was little food and no toilet paper.

One woman was told to eat stones when food ran out.

Victims told police of being treated like dogs, of living in fear and being shouted at by Lacatus who said he was their boss now.

They were told by Samuil Covaci not to speak to people in their work at local food processing factories and to stay in the house when not working.

Victims claimed they never received any wages and had to beg Lacatus for pocket money.

The paperwork they had unwittingly filled in gave permission for their wages to be paid directly into the bank accounts of Lacatus and his wife Christina Covaci who used their wages to support themselves and their family.

Detective Superintendent John McVea, human trafficking lead for PSNI, said: “There is an assumption that most victims are trafficked into and around Northern Ireland for the purposes of providing sexual services.

“The majority of victims are exploited for labour. Last year 34 of the 59 victims identified in Northern Ireland were linked to labour exploitation.

“The harrowing accounts of these Romanian victims should serve as an alarm call to everyone in our society that human trafficking is happening right under our noses.

“It is important that landlords, those running employment agencies and managing businesses, take steps to ensure any foreign nationals they have contact with are here legally and are treated in accordance with the law. If anyone has any doubts or suspicions, they should contact police.”

A wider police investigation in the Portadown/Lurgan area led to the rescue of 10 further victims and the arrests of seven further suspects for various offences in relation to the exploitation of workers and gang master offences.

A variety of criminal justice outcomes are still under consideration in relation to these investigations.

GLA Head of Operations, Ian Waterfield, said: “Sadly, tales of forced labour like that played out by the ruthless individuals that have been convicted in this case are all too common throughout the UK.

“We are delighted to have been able to to assist PSNI in securing convictions for these horrible crimes and intend to strengthen that relationship in the future to pursue those who seek to exploit others in this way relentlessly.”

“The judge made forfeiture orders for two cars belonging to the defendants and £620 in cash. A decision on compensation for the victims will be made later this month.”