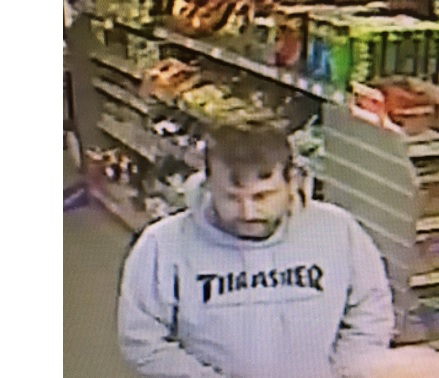 Missing Scottish man Iain Marr who could be in Northern Ireland

THE PSNI is assisting Police Scotland in its search activity for a Fife man reported missing earlier this week.

Iain Marr left an address in Anstruther shortly before 11am on Wednesday, September 28th.

Since then the 40-year-old has not been in touch with friends or family and a major search operation is now underway in an effort to trace him.

Iain has a number of links throughout mainland UK as well as Northern Ireland and the Republic of Ireland.

Inspector John Docherty based in Fife said: “Our enquiries into Iain’s disappearance are ongoing. As such we are widening the scope of our search operation to include Northern Ireland and the Republic of Ireland and asking anyone who may have seen or spoken to Iain to contact Police Scotland immediately.

“Iain has been missing for considerable period of time and our concern for his welfare is growing.

“We want to know that he is safe and I appeal to Iain directly to call police, or a family member, to let us know that you’re okay.”

On Friday, police released CCTV images of Iain taken at a BP petrol station on Main Street in Colinsburgh at around 11am on Wednesday, September 28th.

At around 12:15pm the same day the distinct silver coloured Subaru Impreza he was driving, with the registration SG60 JVE, was spotted on the westbound carriageway of the M8 at the Harthill Services in North Lanarkshire.

Iain is described as around 6ft tall, has a heavy build, with short cropped brown hair, brown eyes and talks with a soft west coast accent.

If you have seen him or have information on his whereabouts please contact Police Scotland on 101 or speak to any officer.