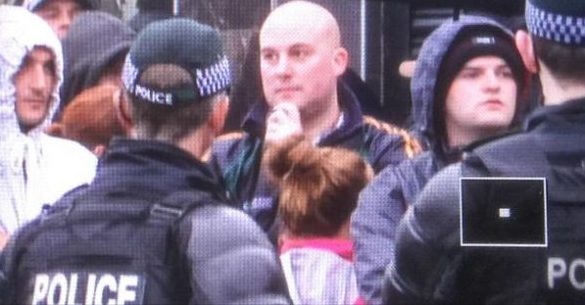 A dissident republican protest against an Orange Order parade in north Belfast passed off peacefully this evening.

The group, led by mouthpiece Dee Fennell,  were protesting against an agreement hatched between Sinn Fein, the Orange Order and the Crumlin and Ardoyne Residents Association.

It was estimated that around 200 people took part.

A parade by the Ligoniel lodges was also peaceful and a large PSNI security operation has been scaled back.

Over 400 officers were on the ground during the protest and the parade.

A further 600 officers will return tomorrow morning ahead of an Orange Order parade that will begin at 8.30 am.