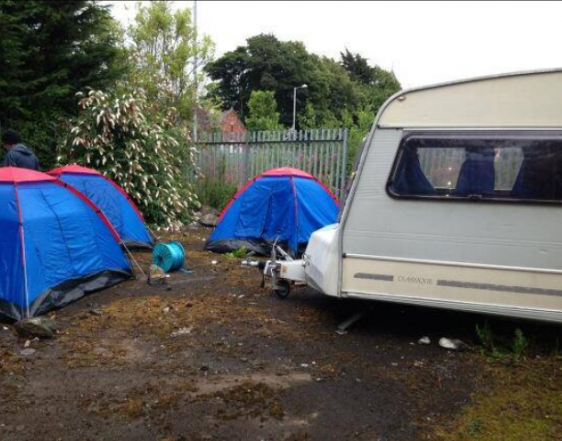 The loyalist protest camp at Twaddell Avenue at its infancey

THE Parades Commission has given the go-ahead for the Orange Order to complete the return leg of its parade along the Crumlin Road on Saturday.

It follows an agreement between the order and the Crumlin Ardoyne Residents Assocation (CARA) to end a three year dispute.

The Commission says the agreement was “an opportunity to resolve decades-long parading disputes”.

Dissident republican residents’ group GARC, which opposes the deal,  has said it will hold a protest against the parade on Saturday.

The Twaddell Avenue protest has been ongoing since July 2013.

GARC will hold, will hold its own parade on Friday night.

The group will lodge an application for the parade later today to the Parades Commission.

It is expected that the protest camp at Twaddell will be dismantled after Saturday morning’s parade.