BELFAST BAR CUCKOO GETS A £450,000 REVAMP WITH PLANS FOR NEW BEER GARDEN 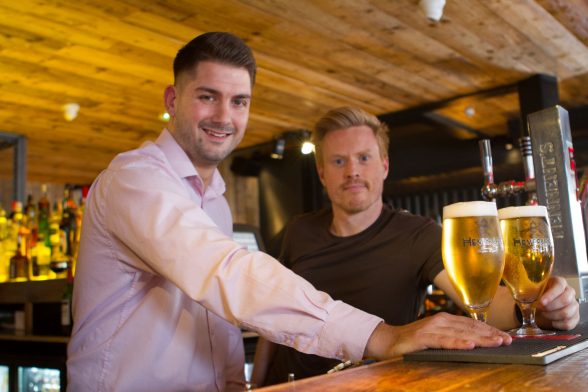 Manager of Cuckoo James O’Donnell joins Beannchor Group’s Conall Wosley to celebrate the launch of the newly renovated Lisburn Road bar which has reopened its doors to the public following a £450,000 refurbishment.

POPULAR Lisburn Road bar Cuckoo has reopened its doors to the public following the completion of a £450,000 refurbishment.

The establishment, which is owned by the Beannchor Group, recently underwent a major overhaul which has seen the introduction of two new bars within the premises, a new stage and a dance floor, increased seating as well as a new entertainment line-up and cocktail menu.

Following the renovations, it’s also been revealed that planning permission has been granted to extend the bar to include a brand new beer garden that will be opening towards the end of the year.

James O’Donnell, manager of Cuckoo, said the recent changes and planned extension are sure to impress both loyal and new customers.

“Cuckoo first opened its doors five years ago and since then it’s built up a loyal customer base.

“While the renovations will give the bar a wider appeal and attract new customers, we’ve made sure to keep some of the old favourites such as the ping pong tables which have proved very popular over the years.

“A lot of effort has gone into planning the new look and we’ve refreshed the entertainment line-up with an open mic session taking place every Wednesday and live music on Friday nights.

“There will be drinks promotions running six days a week and we’ve introduced a new jam jar cocktail menu for guests too.

“As part of the overall renovation project, work will be starting soon on our brand new beer garden. 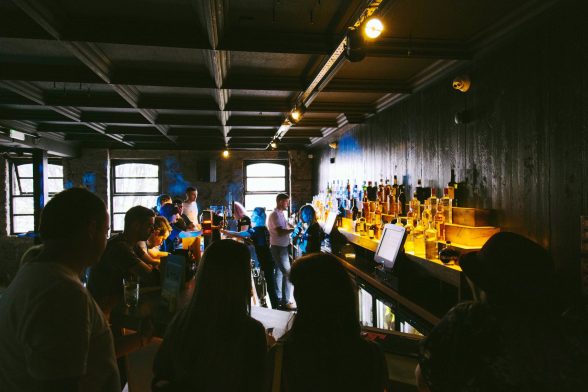 Manager of Cuckoo James O’Donnell celebrates the launch of the newly renovated Lisburn Road bar which has reopened its doors to the public following a £450,000 refurbishment

“This garden will be a fantastic addition to our offering and we hope to open this to guests towards the end of 2016.”

Cuckoo is part of the Beannchor Group, Ireland’s largest hospitality group, which boasts a portfolio of over 50 pubs, hotels and restaurants across Northern Ireland.