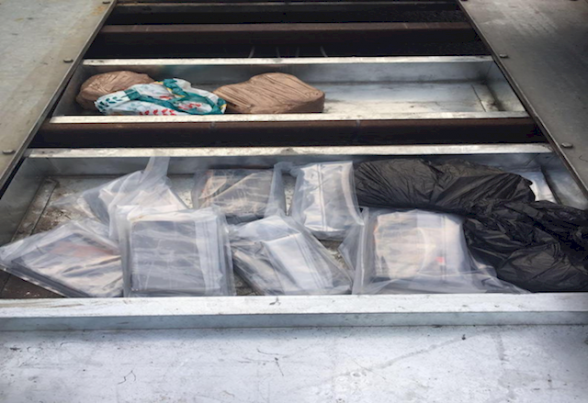 DETECTIVES have charged a man after smashing a crime gang’s plan to flood Northern Ireland with cocaine.

The 28-year-old man was arrested after suspected cocaine with an estimated street value of £1.2m was seized in north Belfast.

Detectives detained the man after stopping a car in an intelligence-led operation.

The vehicle was travelling near the city’s dockland area on the West Bank Road on Friday evening.

The suspect was arrested under the 1971 Misuse of Drugs Act.

He has now been charged with possessing Class A drug and B drugs with intent to supply and illegally importing the drugs into Northern Ireland contrary the Customs and Excise Management Act.

The man will appear in Belfast Magistrates’ Court tomorrow, Monday, September 26, for a first remand hearing.

Detective Inspector Keith Gawley of the Reactive and Organised Crime Branch said: “We’re delighted at having removed this amount of drugs from the streets of Northern Ireland.

“We’re committed to making Northern Ireland a hostile environment for those involved in criminality.”