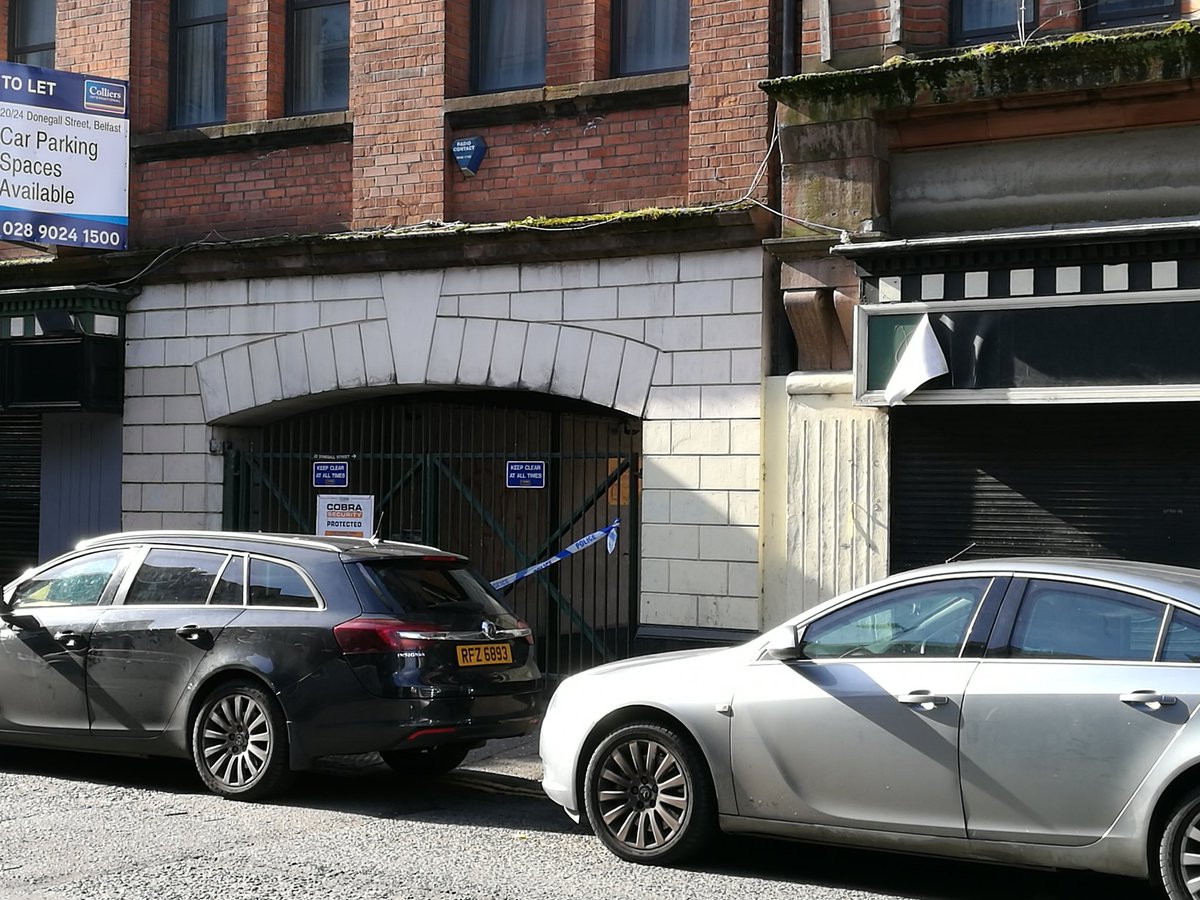 DETECTIVES are investigating the sudden death of a man in Belfast city centre.

The 45-year-old man was discovered in a car park in the Donegall Street area on Wednesday night.

Local said police and an ambulance arrived at the scene around 11.30 pm last night

The area remains cordoned this morning.

Crime scene investigators dressed in white forensic suits have been examining the area.

Detective Inspector Michelle Griffin said: “A post mortem is expected to be carried out to establish the cause of death.”