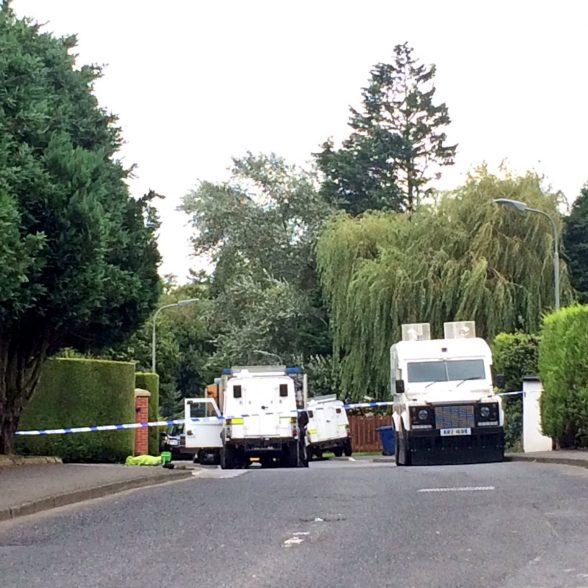 AROUND 15 homes have been evacuated during searches by police probing dissident republican terrorist activity.

Several arrests have also been made during the raids in Lurgan, north Armagh.

Those arrested under Section 41 of the Terrorism Act have been taken to the serious crime custody suite at Musgrave Police station in Belfast.

It is understood up 100 specially trained search officers are involved along with sniffer dogs to detect explosives.

Police have not released details of any recovery of weapons, ammunition or explosives during the ongoing searches.