POLICE OFFICER ASSAULTED DURING RESCUE OF MAN FROM BELFAST BRIDGE 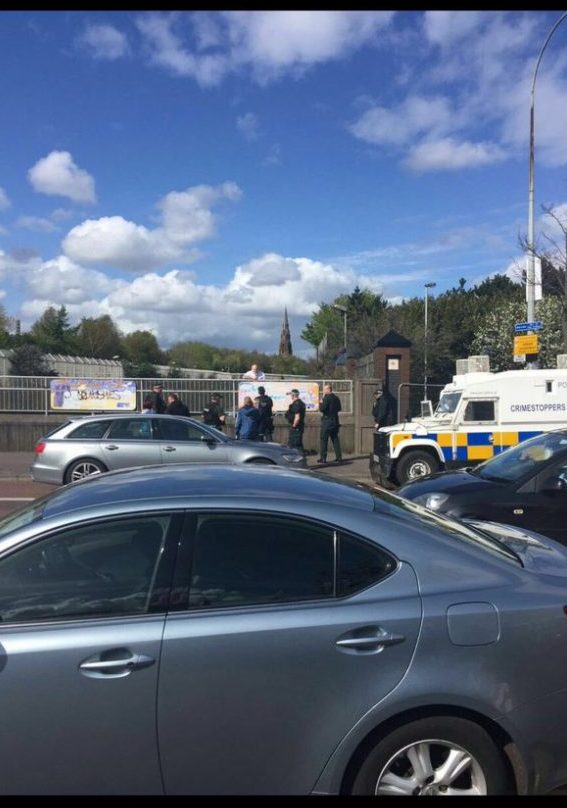 LIBRARY PICTURE: Police talking to man at Clifton Street Bridge in north Belfast in an effort to stop him harming himself in May this year

THE PSNI say a police officer was assaulted during the successful rescue of a “distressed man” from a bridge in North Belfast at the weekend.

Said a police spokesperson: “Shortly after 6am on Sunday, September 18, officers received reports of a very distressed male on Clifton Street bridge over the A12 Westlink who seemed to be intent on self-harm.

Prior to the attendance of the emergency services, several members of the public intervened to assist this male.

“However, the seriousness of the matter required both Police and Fire & Rescue services to attend.

“Eventually this male was safely detained and brought to a place of safety in a nearby hospital.

“During the rescue this male was also very aggressive and violent towards emergency service personnel, resulting in one Police Officer sustaining facial injuries as a result of being assaulted.

“We would like to thank those members of the public for their help in this matter and also our colleagues in the Fire & Rescue and Ambulance Services.”

A similar incident happened in May this year when police were called to the Clifton Street bridge when another distressed man was threatening to harm himself.

Through the intervention of police other emergency services, the man was successfully brought down from the bridge without any harm coming to him.