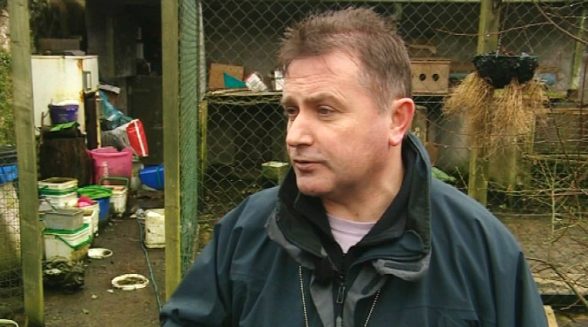 THE former chief executive of the USPCA animal charity Stephen Philpott has been arrested by police investigating an allegation of fraud.

A 52-year old woman was also arrested in Newry on Wednesday as part of the investigation.

“A complaint was made to police in April and, as a result of our enquiries, two people were arrested this morning,” said Detective Chief Inspector Ch Inspector Ian Wilson of the PSNI’s Economic Crime Unit.

“They are being questioned at Banbridge police station.”

In a statement, a USPCA spokesperson said: “We became aware of suspected irregularities in our organisation and passed the information on to the PSNI for investigation.

“We will continue to offer every assistance to the PSNI whilst they carry out their inquiries.

“We thank our members and the public for their continued support at this time.”