THE National Assets Management Agency (NAMA) has lodged a new complaint about its former adviser Frank ‘The Snipe’ Cushnahan to the Standards in Public Office Commission in Dublin.

The complaint follows revelations in a BBC Spotlight investigation which used a series of taped conversations.

The tapes revealed ‘The Snipe’, a pal of former DUP leader Peter Robinson, accepting £40,000 in cash from property developer John Miskelly who was trying to get back his businesses which NAMA held as bad debt.

But Miskelly never did.

On Friday, NAMA made a formal complaint to gardaí on the same matter.

A Comptroller and Auditor General report into the sale of NAMA’s Northern Irish loan book will be published later this week.

The 2014 sale of NAMA’s Northern loans, known as Project Eagle, to US investment company Cerberus Capital Management has been mired in controversy.

It had a book value of £4.5bn. The purchase price was not disclosed but NAMA said at the time it was the biggest single transaction in the agency’s history.

The C&AG report into the deal is said to have found shortcomings and irregularities which could have resulted in hundreds of millions of euro being lost.

It is understood NAMA will dispute these findings.

The first related to Section 17 of the Ethics in Public Office Act and whether ‘The Snipe’ made all required disclosures whilst a member of the NI Advisory Committee of NAMA.

‘The Snipe’ was arrested in May this year along with Ronnie Hanna, who was NAMA’s former head of Asset Recovery,  by the National Crime Agency.

Both were later released without charge.

In last week’s Spotlight programme, ‘The Snipe’ is heard on tape telling John Miskelly that he and Hanna were as “thick as thieves”, a claim Hanna strenuously denies. 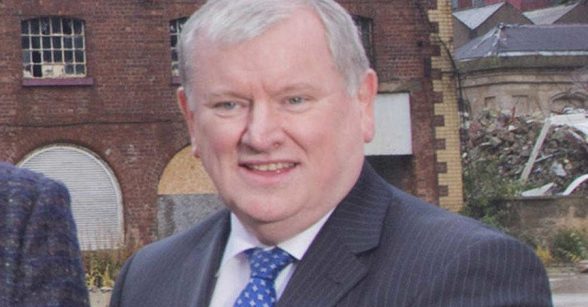