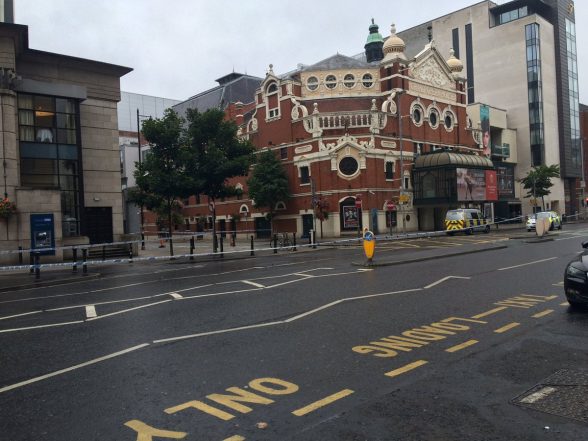 THE man who was left critically in hospital following a “violent” incident in Belfast city centre has now died.

The Police Ombudsman has confirmed the man died in hospital this evening where he was being treated for injuries.

The Ombudsman’s office has said it is believed CS spray was used by PSNI officer during the incident on Great Victoria Street in the early hours of Thursday.

One theory is the victim – who was seen in the area in his underwear – may have sustained a head injury during the violent incident.

Part of the city centre had been cordoned off by police.