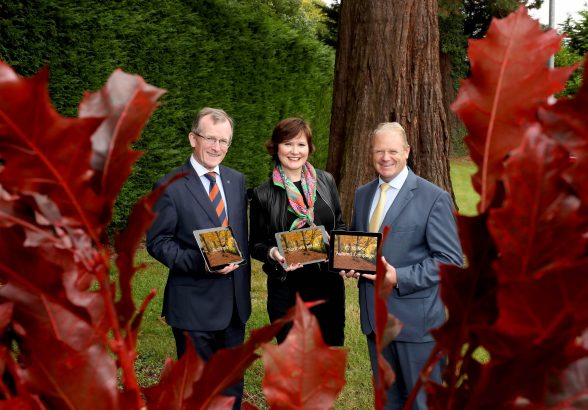 TOURISM Ireland has launched a £7 million promotional campaign, to boost late-season travel to Northern Ireland from around the world.

The September to December period usually yields as much as 30% of our annual overseas tourism business.

The campaign will highlight the many festivals and events taking place around Northern Ireland this autumn and winter – from the Belfast International Arts Festival to Culture Night, the Banks of the Foyle Halloween Carnival in Derry, Belfast Comedy Festival and Cinemagic Belfast.

Tourism Ireland will also promote the Seamus Heaney HomePlace, due to open at the end of September, to its important ‘culturally curious’ audience.

Niall Gibbons, CEO of Tourism Ireland, said: “The latest NISRA figures indicate that overseas visitors to Northern Ireland increased by +8% in the first quarter of 2016, over the same three-month period last year.

“And I am pleased to report that sentiment from our tourism partners overseas (including tour operators and carriers), as well as our industry partners (including hoteliers and visitors attractions), indicates that growth from overseas has continued into the high summer season.

“Our autumn campaign aims to take advantage of late booking trends in our markets around the world, as there is still plenty of business to play for. Many people are opting for shorter holiday breaks and autumn is a good opportunity, with many world-class festivals and events happening here.”

“We will promote Northern Ireland through our sales missions to the Middle East, India, Australia and New Zealand.

“We will continue to highlight Northern Ireland’s Year of Food and Drink – with lots of great promotions in the pipeline between now and the end of 2016.

“We will join forces with Ryanair to maximise the introduction of its new flights from Berlin and Milan to Belfast.

“We will also continue to build awareness of Northern Ireland as a top business tourism destination, particularly highlighting the new facilities at the Belfast Waterfront.

“In addition, Tourism Ireland will bring top overseas tour operators to Northern Ireland this autumn, to meet with local tourism businesses and negotiate inclusion in their 2017 brochures and programmes.”

The campaign – which is being rolled out in Great Britain, North America, Mainland Europe, Australia and emerging markets – will incorporate a major focus on city breaks, as well as on attracting visitors to more rural areas over the coming months.

Other highlights from the campaign: