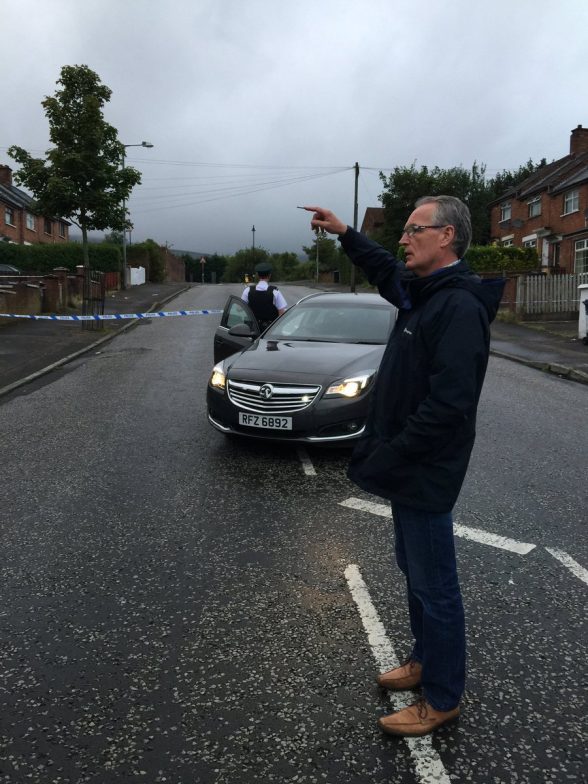 A security alert in north Belfast has ended after a suspicious object was declared a hoax.

The object was found in the Velsheda Way and Alliance Avenue area in Ardoyne.

Police closed the Ardoyne Road and Alliance Avenue during the alert.

A local Sinn Féin councillor Gerry McCabe claimed police told him that a “device” had been thrown at a PSNI vehicle in the area.

But the police have denied this.

Sinn Féin MLA Gerry Kelly said homes in Ardoyne were being evacuated as a result of a the bomb alert.

“Families were evacuated from their homes in the Velsheda/Alliance Avenue area of Ardoyne as a result of this bomb alert and local thoroughfares were closed.

“My colleague Councillor Gerry McCabe has contacted Belfast City Council to open community facilities to assist those who have been forced from their homes.

“The Ardoyne Community Centre was opened to deal with the emergency.

“This has caused considerable disruption and inconvenience to local people and those responsible have clearly no regard for the interests of the community.”