GUARANTEED FREE FUN FOR ALL THE FAMILY WITH EHOD 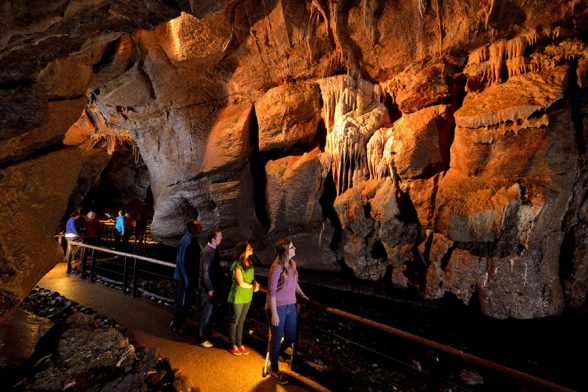 THIS September is set to be jam-packed with exciting events taking place all over Northern Ireland, thanks to European Heritage Open Days 2016.

With over 340 events to choose from, all completely FREE!, it will come as no surprise that there is something taking place in every county.

Organised by the Historic Environment Division of the Department for Communities, under the banner of ‘Love Hertiage NI’,  EHOD provides a great chance for people to experience the magic of Northern Ireland’s heritage and historical background.

Rachel Quigg, Tourism Northern Ireland’s Comunciations and Destination PR Officer said:  “Northern Ireland is set to become a hive of activity on September 10 and 11 when European Heritage Open Days unlock the doors to the past and present, allowing the public free entry to lots of different and fun places.

“Families won’t be stuck for something to do, there is something for everyone and to suit all ages, from quizzes and treasure hunts to food and craft markets, walking tours and much, much more!

“Why not try something completely new and visit a property that is not normally open to the public such as family owned and maintained Ennish Scutch Mill in Dungannon, Rocklands House in Carrickfergus and Killymoon Castle in Cookstown”, concluded Rachel.

Tourism Northern Ireland have listed just some of the fantastic things to see and do over EHOD:

Pogue’s Entry Historical Cottage (Antrim), Saturday 10th  & Sunday 11th September, 10am – 5pm. This is the childhood home of Dr. Alexander Irvine, author of ‘My Lady of the Chimney Corner’, which has been preserved to give a rare insight into how many Irish working-class families lived in the latter half of the nineteenth century. With living history and craft displays, European Heritage Open Days bring the cottage alive.

Navan Centre & Fort (Armagh), Saturday 10th  & Sunday 11th September, 10am – 4pm. Enjoy a flavour of the historic Navan Centre & Fort which is one of Ireland’s most important historic monuments.  Get an introduction to Navan and visit an Iron Age dwelling where you will meet Living History characters as they recreate Celtic Life.  Take a guided tour to the base of the Fort.  Tour lasts 45mins.  Tour are available at 10.00am & 12.00noon.
Booking required. To book call (028) 37 529644.

City Hall Children’s Puzzle Challenge (Belfast), Saturday 10th  & Sunday 11th September,  10am – 5pm. Do your little ones enjoy quizzes and treasure hunts? Why not come along to City Hall and try our children’s fact finding mission. Explore the City Hall grounds and gardens and discover the heritage of Belfast, its individuals and industrial past. Pick up your challenge sheet at City Hall reception and return once completed to claim your prize. This activity is suitable for ages 5 – 12 years.

Northern Ireland War Memorial, Saturday 10th & 11th Sunday, 10:30am – 4:30pm.  Northern Ireland War Memorial, an accredited museum in the Cathedral Quarter of Belfast, is a ‘must see’ for those with an interest in Northern Ireland’s role in the Second World War. Call in to discover how local communities rescued, nursed and gave shelter to 100,000 families made homeless by the Belfast Blitz, 75 years ago. Try on uniforms to step into the shoes of an Air Raid Warden, a Home Guard Soldier and a Red Cross Nurse. Sample foods made with recipes by the Women’s Voluntary Service as they served 70,000 meals in the aftermath of the Blitz.

Downpatrick & Co. Down Railway (Downpatrick), Saturday 10th  & Sunday 11th September, 12pm – 5pm. The Downpatrick and Co Down Railway is Ireland’s only full size heritage railway, running vintage steam and diesel trains between Downpatrick and Inch Abbey. This is a working railway museum with exhibits relating to industrial and transport heritage with free guided tours of the Carriage Viewing Gallery and Co Down Railway Museum. The model train layout, buffet car and shop will also be open. A free steam train ride will be available at 5pm (fares payable on trains between 2-4pm).

Enniskillen Library (Enniskillen), Friday 9th September 3.30pm. Storyteller, Liz Weir will celebrate local heritage by telling traditional stories with a strong sense of place. Her stories will take attendees on journeys from castles to fairy forts and from Loughs to ancient sites.

Marble Arch Caves UNESCO Global Geopark (Fermanagh), Saturday 10th  & Sunday 11th September, 10am – 4.30pm. A number of interactive activities for all the family will be on offer at the Marble Arch Caves Visitors Centre to help celebrate European Heritage Open Days 2016 including fossil making, fossil treasure hunt and a variety of arts and crafts activities.

Green Lane Museum (Limavady), Saturday 10th  & Sunday 11th September, 1pm-4.30pm. Green Lane Museum has a fantastic collection of objects relating to rural life around Limavady from the 19th century onwards. Come and join in for an afternoon of paper crafting and quilling which promises to be full of fun and creativity. Suitable for ages 6+.

Screening of ‘The Frankenstein Chronicles’
Where: Campbell College, Belfast
When: Saturday 8pm

This screening will take place in the stunning surroundings of Campbell College’s Central Hall where The Frankenstein Chronicles was filmed. This room doubled as the Houses of Parliament in this magnificent production. In the film, Inspector John Marlott, played by Sean Bean investigates a series of crimes in 19th century London, which may have been committed by a scientist intent on re-animating the dead. Rated PG.
Booking required:  https://belfastfilmfestival.org/films 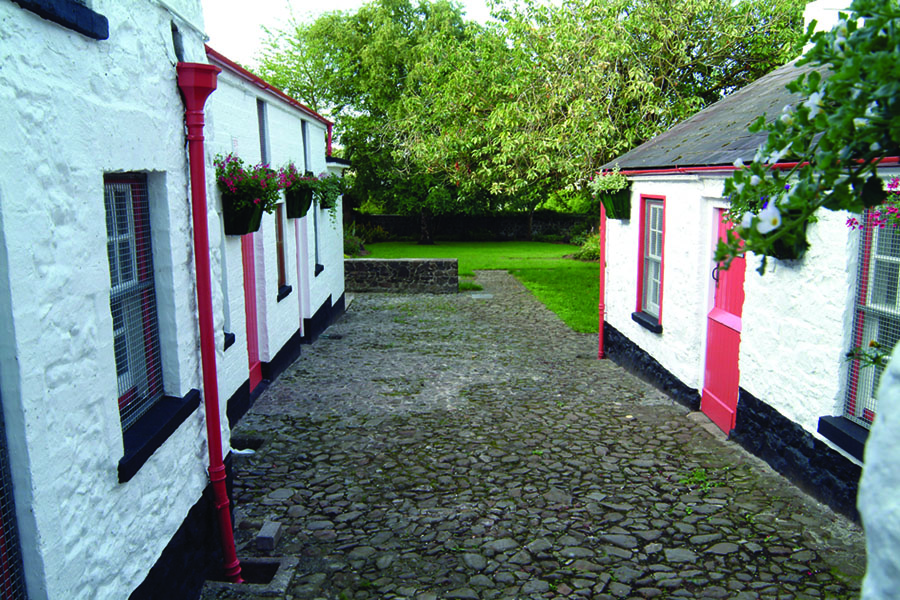 Screening of ‘Road’
Where: Ballymoney Town Hall
When: Sunday, 8pm

Narrated by Liam Neeson, and produced by Belfast’s DoubleBand Films, this feature documentary tells the extraordinary and dramatic story of two sets of brothers from Northern Ireland who have dominated road racing for over thirty years; Robert and Joey Dunlop. Visit the Dunlop memorial gardens while you are there. Rated PG.
Booking essential: https://belfastfilmfestival.org/films

This is the dramatised story of how the legendary writers of Dad’s Army, Jimmy Perry and David Croft, overcame every obstacle thrown at them – from a cast of uniquely challenging personalities to fierce opposition to the idea within the highest ranks of the BBC – to create one of the most beloved and successful sitcoms of all time. The drama features an incredible cast including Paul Ritter, Richard Dormer and Shane Ritchie. Rated PG.
Booking required: https://belfastfilmfestival.org/films

Screening of ‘The Truth Commissioner’
Where: The Guildhall,  Derry~Londonderry
When: Sunday, 2pm

This screening will take place in The Guildhall, which was used as the interior of the Truth Commission hearing room in the film. Set in post-Troubles Northern Ireland,  The Truth Commissioner follows the fictional story of Henry Stanfield who has just been appointed as Truth Commissioner to Northern Ireland.  The story revolves around the lives of three men who are directly or indirectly involved in the disappearance, 20 years earlier, of the 15 year old Connor Roche. Bloody and inconvenient truths about those running the country are uncovered; truths which none of those in power are prepared to reveal. Rated PG.
For booking: https://belfastfilmfestival.org/films

Screening of ‘Made in Belfast’
Where: Queens Film Theatre
When: Sunday, 3pm

QFT invites you to a free screening of the debut feature of writer/director/actor Paul Kennedy. Made in Belfast is a wry, observant tale of forgiveness and redemption with a distinctive Belfast flavour. Successful author Jack (Ciarán McMenamin) returns home to Belfast after an 8-year self-imposed exile. He finds a city that has moved on and some unfinished emotional business that clearly hasn’t. Rated PG.
Booking required: www.queensfilmtheatre.com

Not Normally Open to the Public

Open Day at Ballealy Cottage (Randalstown), Sunday 11th September, 10am – 4pm. Visitors have the opportunity to see the conservation work of Irish Landmark in this self-guided tour of the restored gamekeeper’s lodge.  The conservation of this property has won the Environment and Heritage Service Award and is now available as holiday accommodation.

Single Brethren House (Ballymean), Saturday 10th September, 12:30pm-5pm.
This five bay, four storey house of squared basalt was built in 1819 on the site of a previous dwelling. It provided accommodation for the single men as well as for a school and a bank. Once community housing for the settlement, it is now in private ownership.

Rocklands House (Carrickfergus), Saturday 10th September, 10am-4pm.
Built in the 1820s for the Inspecting Commander of the Coastguards, Rocklands House is now owned by the older people’s charity Abbeyfield & Wesley. This is a unique opportunity to see inside the ground floor of this Georgian building and find out a little of its history and its use today.

Hillsborough Fort (Hillsborough), Saturday 10th September, 10am-5pm & Sunday 11th September, 1pm-5pm.
Hillsborough Fort is an Artillery fort built in 1650 by Colonel Arthur Hill – the Hill family built the village of Hillsborough starting with the fort. It was remodelled in the 18th Century for feasts and entertainment and currently hosts an exhibition of photographs and artefacts from the area.

Bangor Castle (Bangor), Sunday 11th September,  12pm – 4.30pm. This is a large Victorian mansion built for Hon. Robert Edward Ward, the local landlord, to designs by William Burn in a Jacobean / Elizabethan revival style.  Completed in 1852, the interior includes decorative plasterwork and joinery, particularly in the current council chamber which was once a grand music salon as well as a beautiful art collection. The castle has served as council offices since 1952. Access by guided tour only which begin every 30 mins from 12 noon.

Lightship Petrel (Newtownards), Sunday 11th September,  1pm – 5.30pm. Petrel is a retired Commissioners of Irish Lights, Light Vessel built in Dublin 1911 which was registered by ‘National Historic ships UK in 2014.  Since 1968 Petrel has been in the ownership and use of Down Cruising Club as the club headquarters. The ship is a well known landmark and this event is an opportunity to invite the public on board to view the ship and be guided on board and hear the history from our knowledgeable guides.
Booking required. To book call (07549847147).

Woodbank House (Garvagh) Saturday 10th September,  11am – 4pm. Woodbank House is a Georgian house set on the outskirts of Garvagh.  The original house is said to date from 1745 with the current house structure dating from 1822.  It is very much a family home which still has the original front door and decorative side-lights and Georgian fan-light, 6/6 sash windows, staircase and servants’ kitchen in the basement.  Hourly guided tours given by the owner. Booking required. To book email clyde@btinternet.com

Killymoon Castle (Cookstown), Sunday 11th September, 2pm & 3.30pm (tours). Killymoon Castle was built for James Stewart in 1671. After a fire the castle was designed by the famous London architect John Nash and in 1830 was rebuilt incorporating the earlier building. The castle was Nash’s first Irish design and was to cost £80,000. Recently the castle has had a huge restoration.
Booking required. To book call (028) 90 823238