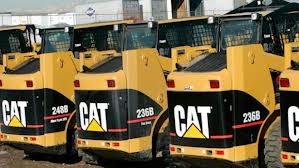 US giant Caterpillar creating shedding 35 jobs at its Larne plant

WORKERS across Northern Ireland factories operated by US firm Caterpillar will be given details of job cuts later.

Caterpillar is the world’s largest manufacturer of heavy construction equipment.

The firm has operations in west Belfast, Larne and Newtownabbey.

The firm has been hit by a global downturn in mining and oil exploration which has reduced demand for its products.

It is understood that the company may announce cuts across its global operations beyond Northern Ireland.

It has already axed thousands of jobs worldwide since last year as part of a major restructuring programme.