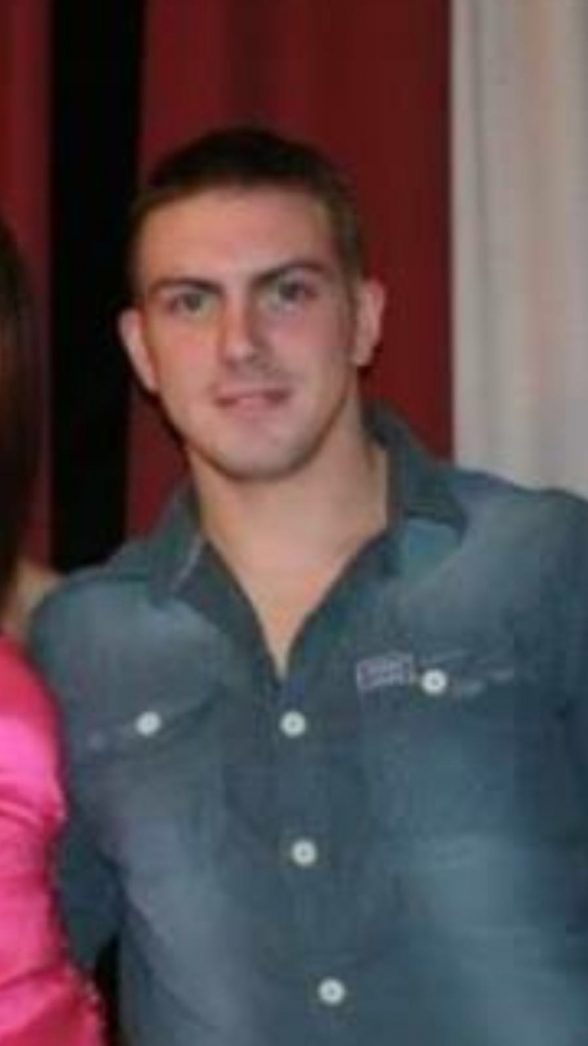 THIS is the Royal Marine arrested in England yesterday by anti-terror cops over the discovery of two dissident republican arms dumps in a Co Antrim forest.

Ciaran Maxwell was detained in Somerset by officers from the Metropolitan Police Service’s Counter Terrorism Command.

The Met is working with PSNI’s Terrorist Investigation Unit as part of a UK-wide investigation.

Police in Devon have been searching an address in Exminster and a wooded area nearby.

The operation is connected to the discovery of two arms dumps near Larne arlier this year, which were suspected to be linked to dissident republican paramilitaries.

In March, the PSNI said they had uncovered a “significant terrorist hide” of bomb-making components and explosives at Carnfunnock Country Park.

In May, a second significant arms cache, including an armour-piercing improvised rocket and two anti-personnel mines, was found at Capanagh Forest near Larne.

On Wednesday afternoon, at least two properties on the Old Glenarm Road in Larne were searched by PSNI officers while detectives in England searched an address in the Devon village of Exminster.

It is understood mobile phones and laptops were seized and will now be forensically examined.

He is being held at a West Country police station.

Police said the arrest was pre-planned and intelligence-led as part of a collaboration between the Met, the Police Service of Northern Ireland and the South West Counter Terrorism Intelligence Unit.

MI5 is understood to be involved in the ongoing investigation.

The arrest was made at 12.20 pm by Met detectives supported by officers from Avon and Somerset and Devon and Cornwall Police.

A spokesperson for the Ministry of Defence said: “We are aware of a police investigation involving the arrest of a member of the armed forces under the 2000 Terrorism Act and will assist this investigation fully.

“It would be inappropriate to comment further on an ongoing investigation.”