HASTINGS HOTELS AND FARMVIEW DAIRIES ARE THE CREAM OF THE CROP 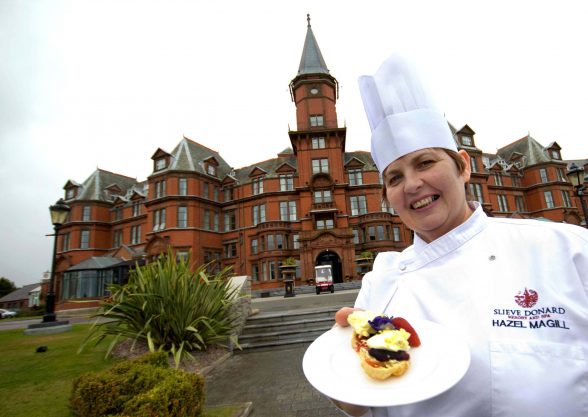 The idea of creating a Northern Ireland clotted cream was inspired during a visit to England, commented Howard Hastings, Managing Director of Hastings Hotels.

“As part of an educational chef food tour and trip to Yorkshire last year, we visited the famous Betty’s Tea rooms in Harrogate and sampled their delicious afternoon tea.  We noticed that they used a locally produced Yorkshire clotted cream instead of the traditional Devon or Cornish creams.  As we have the finest dairy herd in the world I asked myself why there wasn’t a Northern Irish alternative?”said Howard.

He continued:  “So I contacted Richard McDowell of Farmview Dairies, who supplies Hastings Hotels with all our fresh dairy produce and tasked him with working with our Executive Head Chef at the Slieve Donard Resort to create a locally made clotted cream with its own distinctive characteristics.

“After many trials and samplings – it was a tough job, but someone had to do it – the team at Farmview and Chef Hazel Magill finally created a clotted cream that we are extremely proud of.”

Farmview Dairies, formed in 1978 in the Castlereagh Hills, produce liquid milk, cream and buttermilk. It recently also won a coveted 3 Star rating at the Guild of Fine Foods Great Taste Awards for its Kearney Blue Cheese.

Head Chef at the Slieve Donard, Hazel Magill, added:  “Farmview’s clotted cream is a perfect smooth and rich texture with just a lovely layer of crust, perfect for enjoying along with cakes, desserts and summer berries.

“Having a local artisan producer allows us to work directly with them to develop product to our specifications. At the Slieve Donard we are looking forward to creating some new recipes using Farmview’s clotted cream.”

The clotted cream will add an extra layer of enjoyment to Hastings Hotels’ afternoon teas which are served across all six of their properties.

Howard commented:  “Farmview have now gone into full scale production of the cream which will be available at each of our hotels across Northern Ireland.

“They will make our already delicious afternoon teas even more irresistible and how wonderful that there is now a locally made clotted cream that people can smother our home-made scones in.”

The clotted cream could eventually be made more widely available.

Howard concluded: “Farmview Dairies should, in due course, have sufficient supplies to make the clotted cream available to the public but for the time being only Hastings Hotels guests will get to enjoy it.” 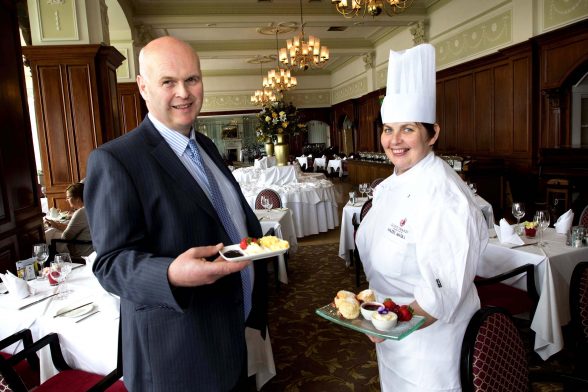