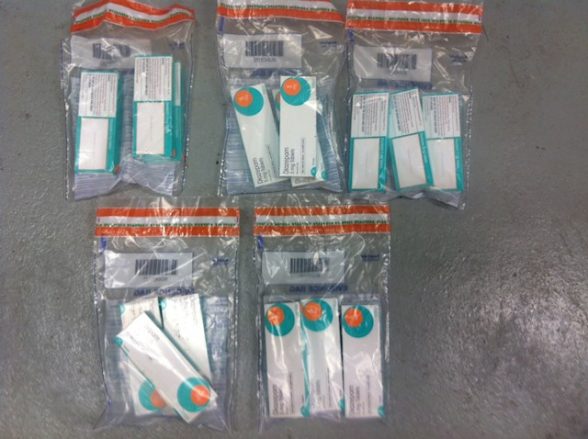 Some of the diazepam tablets seized by PSNi detectives in crackdown

POLICE have revealed that 65,000 diazepam tablets have been seized and 17 people arrested into the illegal trade of the prescription drugs across the province over the last three months,

It is part of a PSNI crackdown into the illegal trade in the Class ‘C’ controlled drug which may only be lawfully possessed on prescription.

Detective Inspector Andy Dunlop, from Reactive and Organised Crime Branch, said: “Over the past three months, we have seized approximately 65,000 such tablets with help from partner agencies and carried out 29 searches within Northern Ireland and in England.

“We have also seized £10,000 cash and are conducting a linked money laundering investigation.

“Other drugs seized include small quantities of herbal cannabis, cannabis resin, amphetamine and mephedrone as well as pregabalin which is also a prescription only medicine.

“A total of 17 people have been so far arrested: eight were charged and nine are subject to reports being sent to the Public Prosecution Service.

“From our enquiries, it appears some people may be unaware of the legal status of this drug.

“Diazepam is classed as both a controlled drug and a ‘prescription only medicine’.

“As such, someone may only be in possession of it by virtue of a lawfully issued prescription from their GP or other medical professional.

“Much of the illegally supplied diazepam has not been produced under laboratory conditions nor subjected to any form of quality control.

“You simply cannot be sure what you are taking. We are continually working with colleagues in other statutory agencies about this issue. I would encourage anyone with an addiction to these tablets to seek help.”

The police advice is that people should take prescription only medicines in consultation with their GP, pharmacist or other healthcare professionals.

Medicines obtained through unregulated internet sites may not have been prescribed by a healthcare practitioner, may not have been subject to the normal controls on manufacture and may not be of a suitable quality or be of the nature described.

DI Dunlop said: “I would urge the public not to be tempted by reduced prices or fooled by attractive websites offering medicines without prescription.

“Taking short cuts and using these medicines could expose you to a dangerous counterfeit or substandard medicine.

In addition, you could also be the victim of identity theft or credit card fraud.

Illegal possession or supply of diazepam can lead to a criminal conviction,” added DI Dunlop. 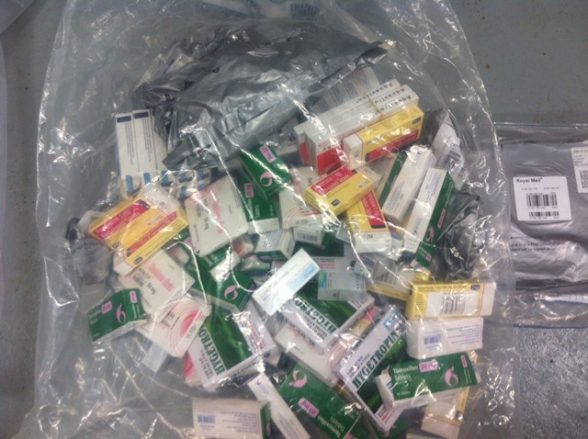