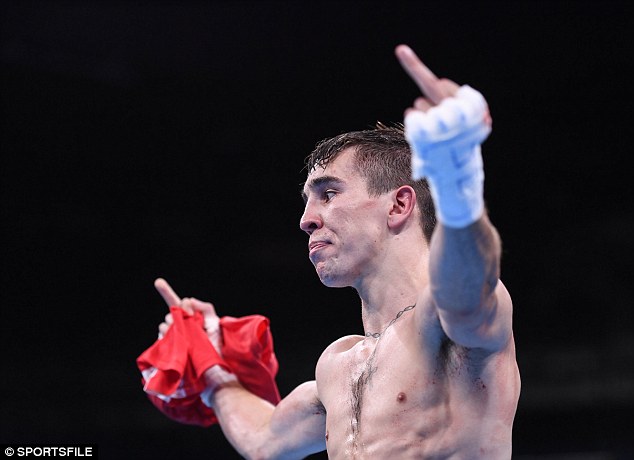 UP YOURS….Boxer Michael Conlan gives the finger in the direction of the judges who bizarrely gave fight to his opponent

IRELAND’S hopes of a medal in boxing at the Olympics have ended after world champion Michael Conlan lost his quarter final bout in a bizarre judging decision.

He boxed brilliantly against Russian Vladimir Nikitin in the last 16 tie of the Bantamweight division.

But amazingly Conlan lost the first round in a unanimous judging decision despite dominating the opening exchanges with the Russian.

Despite a strong final round performance, Conlan somehow lost as the judges gave it to Nikitin in a unanimous decision.

“I was here to win Olympic gold and my dream has been shattered now. But do you know what? I have a big career ahead of me. They’re known for being cheats and they’ll always be cheats. Amateur boxing stinks from the core right to the top.”