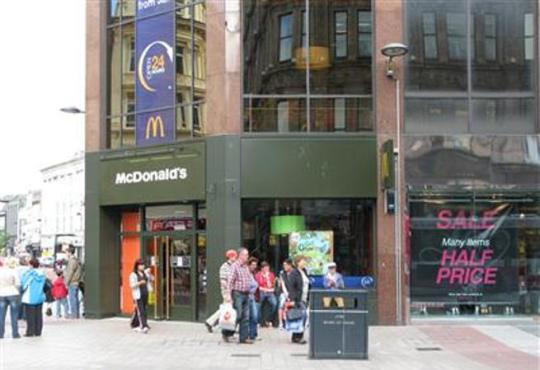 A man in his 30s is in a serious condition in hospital after suffering a head injury during an assault in Belfast city centre.

An altercation broke out between two men inside McDonald’s burger restaurant in Donegall Place around 12.35 am this morning.

The fight then spilled out inside in the street.

Police said the suspect is described being aged in his early 20s.

He is of slim to medium build, with cropped dark hair shaved on both sides.

PSNI officers at Musgrave PSNI station have appealed for anyone with information about the attack to contact them on the 101 number.