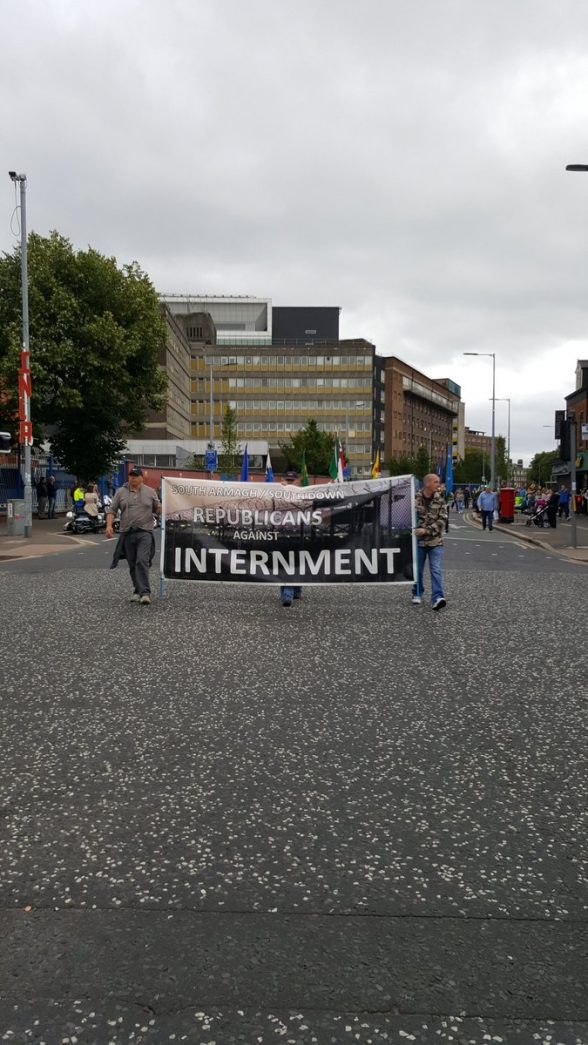 POLICE are keeping a watchful eye this afternoon as hundreds of anti-internment protestors take  part in parade in west Belfast.

It started at 11.30 am and marchers are making their way from Andersonstown to the lower Falls Road.

A Parades Commission ruling issued last month means the parade is banned from passing through the city centre.

Police Land Rovers are parked up at Barrack Street near Millfield which is as far as the parade is allowed to go.

The commission cited “deliberate breaches” of conditions for the 2015 parade and the “extremely high risks of public disorder” as reasons.

Three men and a woman were arrested after petrol bombs, stones and bottles were thrown at police after they stopped the parade entering Belfast city centre last year.

The Parades Commission said the group had not abided by parade conditions in the past and did not give enough assurances about this year’s event.

However, the parade organisers said Irish republicans were being excluded from what should be a shared city centre space.

The organisers, the Anti-Internment League, had hoped to take a judicial review of the Parades Commission ruling but were denied legal aid.

They say they now intend to take a civil case based on the denial of their civil rights.