TENS OF THOUSANDS TURN OUT FOR BELFAST’S PRIDE PARADE 2016 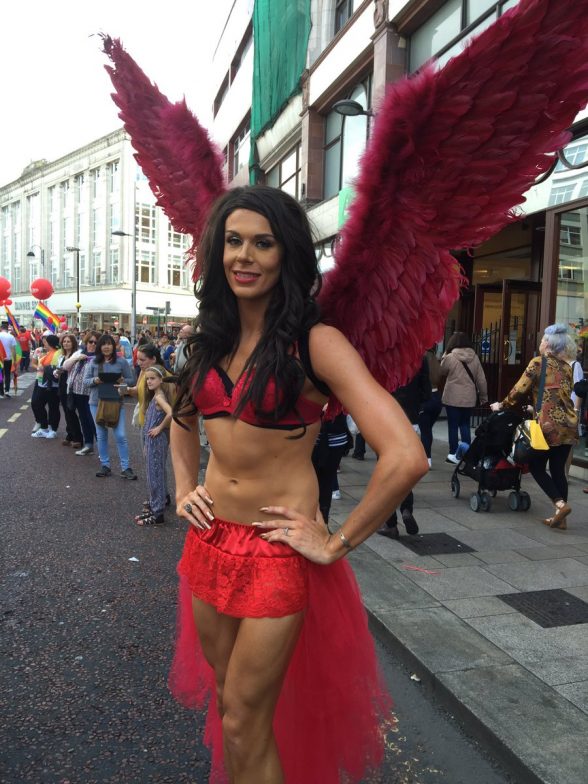 ONE of the biggest crowds has turned out for today’s Belfast Pride Parade 2016.

There was a carnival atmosphere as the parade snaked its way through the streets of Belfast.

But as it passed the City Hall a small group of anti-gay protesters heckled the marchers.

This was in contrast to a number of church groups taking part in the parade.

With a theme of ‘We are One’, it attracted an audience in the region of 50,000 and was led by Mary Ellen Campbell – Belfast’s first openly gay deputy mayor.

The Pride festival, which runs over 10 days, finishes on Sunday.

Over 100 events have showcased the creativity, arts, history and culture of the LGBT community in the city.

Festival goers and musicians gathered in Queen’s Square before parading through the city centre.

The ‘Pride Village’, aimed at families and children, was a smoke and alcohol-free zone. 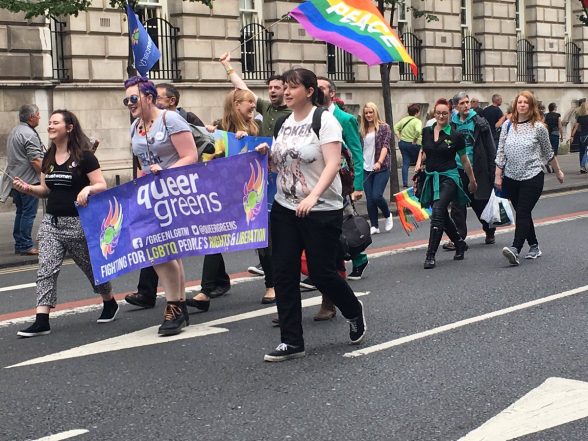 Northern Ireland’s devolved government faced calls at the parade for the immediate introduction of same-sex marriage when Belfast hosts one of the UK’s largest Pride parades today.

Fifteen months ago, the Republic of Ireland became the first country in the world to endorse gay marriage by referendum but their neighbours are still resisting any change.

It was the main topic of conversation at an open training session for the Azlans – the only rugby team in Belfast with both gay and straight players.

“We’ve got guys, we’ve got girls, all playing rugby, all being included.  Why can’t we be included in marriage?” asked Kevin, who founded the team. 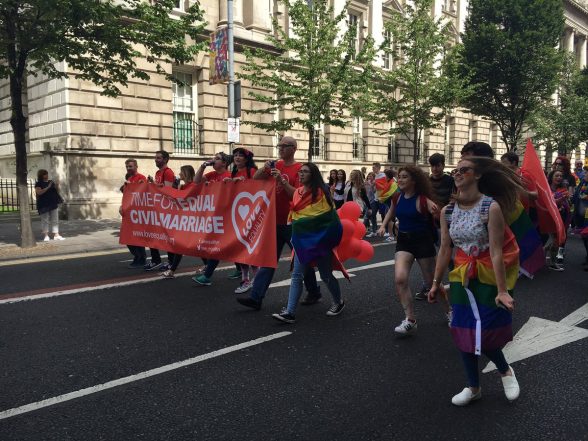 His teammate Stephen added: “Unfortunately, religion and politics mix too much here.  People need to step back and think about what’s right for Northern Ireland.”

Girls from the neighbouring Harlequins Club, who had come to lend their support, said the LGBT community was demanding civil marriage, not a religious ceremony.

Northern Ireland was the first part of the UK to have civil partnerships but it is now the only part without provision for same-sex marriage.

Churches, both Protestant and Catholic, have resisted the change but Peter Lynas, Director of Evangelical Alliance NI, says there is more to their argument than religion.

“It’s not simply a religious issue.  There are those of other faiths and no faith who support or object to same-sex marriage or to any redefinition of marriage and the reality is that Northern Ireland is not that unusual in its stance,” he said.

“There are approximately 170 countries in the world that take a traditional view of marriage as between a man and a woman and a much smaller number, somewhere between 15 and 20, that have chosen to redefine marriage,” he added 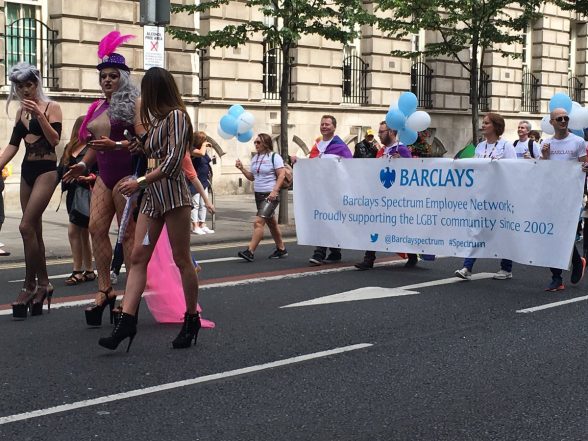 The Northern Ireland Assembly narrowly backed gay marriage in the fifth vote on the issue last November but the largest political party vetoed the move.

Democratic Unionists used the “petition of concern” – a political mechanism devised as part of the peace process – to block it, claiming the electorate took a traditional view.

The LGBT community accused the First Minister’s party of abusing its position of power to discriminate and continues to demand that the vote be recognised. 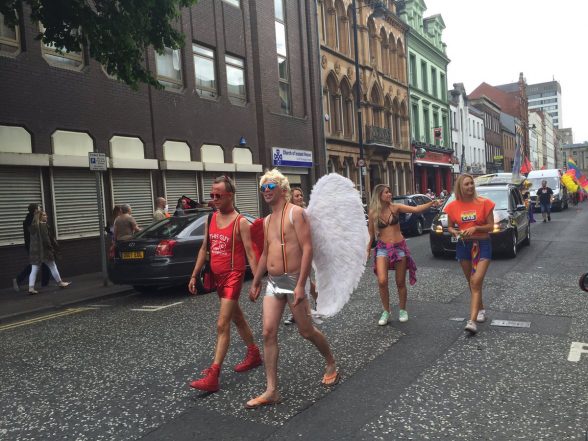