TWADDELL PROTEST OVER BANNED PARADE TO END THIS WEEKEND 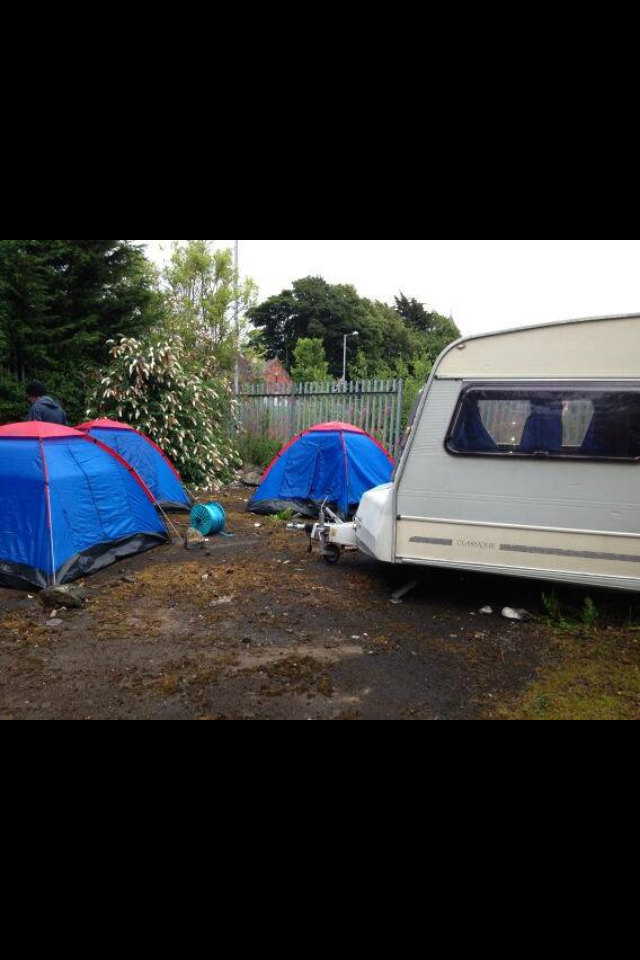 The loyalist protest camp at Twaddell Avenue at its infancy

THE Orange Order lodge at the centre of a parading dispute in north Belfast has said it will suspend its protest from midday tomorrow, Saturday, August 6.

The Twaddell Avenue protest has been ongoing since July 2013.

Details were first revealed on Belfast Daily at the time with exclusive pictures of the camp.

It began after a Parades Commission determination not to allow a return leg of an Orange parade to pass a section of the Crumlin Road.

In a statement, the Ballysillan lodge said it will continue to apply for an evening parade past the Ardoyne shops.

The statement, released on Friday evening, criticised some of the groups involved in recent attempts to resolve the standoff.

But it said the lodge had been left with no choice but to suspend the protest.

It is not clear from the statement if this means they will dismantle the camp, which has been at the site since August 2013.