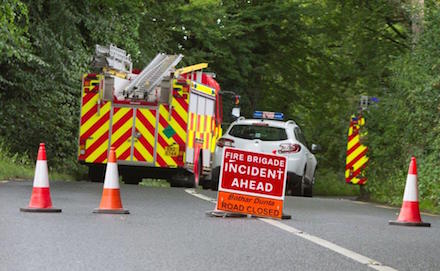 A young man injured in a crash on the outskirts of Donegal yesterday has died in hospital overnight.

The 34 year old, who was originally from Belfast, passed away at Letterkenny General Hospital.

He is the sixth person to die on Donegal’s roads in just over a week.

The man suffered severe injuries yesterday when his car was in collision with a lorry between Raphoe and Rossgier outside Lifford at Tullyrap just after 1pm.

Two people in the car were rushed to Letterkenny University Hospital but the man passed away overnight in the Intensive Care Unit.

Another woman injured in the car is described as being in a stable condition in Letterkenny University Hospital.

A full investigation into the cause of the crash has been launched.