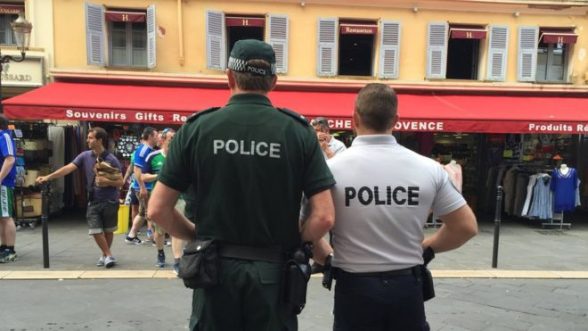 THE PSNI have appealed to local football fans to show respect for their clubs by supporting their teams in a responsible manner ahead of the new Irish League season.

Superintendent Nigel Goddard said: “Following the recent success of the National Team at the Euro’s and the exemplary behaviour of the fans I want to take this opportunity to remind supporters about the need to behave in a safe and legal manner when attending local football matches.

“Unfortunately we have seen an increase in incidents of disorder at local football matches over recent seasons.

“For example between Jan 2016 and the end of the season in May the PSNI recorded 40 football disorder related incidents compared to 35 in the whole of 2015.

“Investigations into many of these incidents are continuing.

“I recognise that the vast majority of fans are there to enjoy the match and there is no harm in friendly rivalry between supporters.

“But we will not tolerate disruption, disorder or criminal behaviour of any kind.

“Police will continue to work with our local football clubs and the Irish Football League to address any criminal activity linked to people attending matches and ensure that supporters are kept safe,” added Supt Goddard.