HANK THE DOG FREE TO GO HOME TO HIS OWNERS 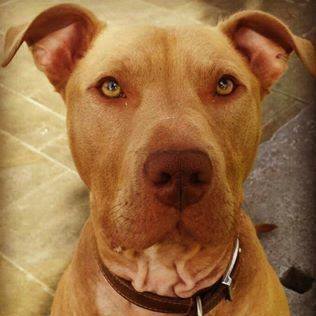 HAPPY HANK DAY..Belfast City Council to hand back Hank to its owners this afternoon

THERE will an emotional reunion this afternoon when the owners of Hank the dog are finally reunited with him.

Hank was seized by Belfast City Council for “looking like a pit bull” from the home of its owners while they were out..

Two-year-old Hank was snatched by dog wardens and police and and taken for away to undisclosed location for testing.

Today, a Belfast court was told that Hank had been assessed by an expert to be a pit bull terrier-type.

However, it has been recommended that he be placed on the council’s exemption register.

Hank will undergo behavioural training and will also be kept on a lead and muzzled while in public.

As the the exemption order was signed, one of Hank’s owners – Joanne Meadows – broke down in tears in the public gallery.

Supporters who had packed into the court applauded.

A solicitor for the family thanked all those who helped with the campaign to free Hank.

The campaign to have Hank freed went viral on the internet and his cause was championed as far away as the USA.

An online petition to have Hank returned was signed by more than 280,000 people.

Under Article 25(a) of the Dogs (Northern Ireland) Order 1983 some types of dog, including pit bulls, are deemed inherently dangerous and can be destroyed.

Hank is the 12th dog to be placed on the exemption register since 2011.

He is expected to be back at his east Belfast home this afternoon.

Writing on her Facebook page, owner Joanne Meadows wrote earlier: “It’s like Christmas morning 🐶💚 thank you all for your lovely messages.

“💌Its going to be a busy wee day🐝 so sorry if you don’t hear back from me.