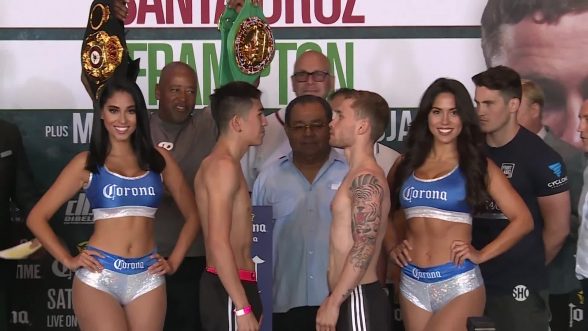 BELFAST’S Golden boy of boxing Carl Frampton has vowed to prove he is the best featherweight in the world by beating Leo Santa Cruz and becoming WBA champion in New York on Saturday night.

All eyes will be on the Tiger’s Bay lad who has gone up a weight in an effort to make himself a household name around the world in boxing.

The Jackal (22-0-0-KO14) has stepped up from super-bantamweight to meet undefeated California-based Mexican Santa Cruz (32-0-1-KO18) as he bids to become a two-weight world champion.

But Frampton is not fazed by the prospect of meeting a fighter of Santa Cruz’s calibre and promised his fans at Friday’s weigh-in that he will return home to Belfast victorious.

“I wanted a big name. I wanted a guy like Santa Cruz because I want to prove myself,” Frampton said at the weigh-in, ahead of Saturday’s showdown at Brooklyn’s Barclays Center.

“I know I can deal with these guys at featherweight – I can beat any of them. When I hit them hard on the chin, it could be game over.

“I’m looking forward to the fight. We’ve got a game plan, we’re not going to give it away but we’ll do whatever it takes to get the win.”

Frampton, who tipped the scales at 125.25lbs for the contest – 0.25lbs less than Santa Cruz – says making the weight for this fight was no issue for him, insisting he is in the best shape of his life. 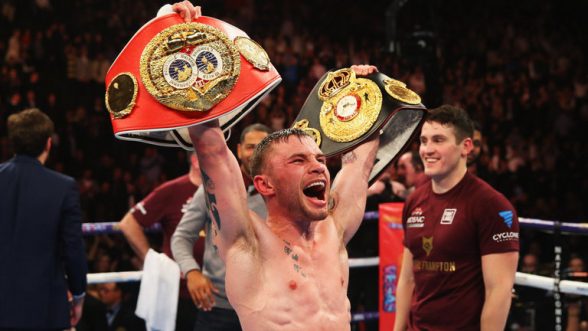 “I grew out of super bantamweight a year-and-a-half ago. I was making it because I was the champion but I was killing myself trying to make the weight.

“This is the easiest I have made the weight in five or six years. This is the best I have ever felt and I am coming home with the title.”

Frampton will follow in the footsteps of mentor Barry McGuigan if he is successful in his WBA title quest but the Clones Cyclone says Frampton must treat the Santa Cruz contest just like any other bout.

“People are talking about sentimentality and all that nonsense, but we just don’t go for that,” McGuigan said.

“This is another fight Carl has to be in the best shape that he can be in, use the right tactics that Shane [McGuigan’s son and Frampton’s trainer] and him have worked on very hard, and win.

“So forget about the sentimentality, forget about it being the WBA title; it’s just we have got to go out there and perform and win.” 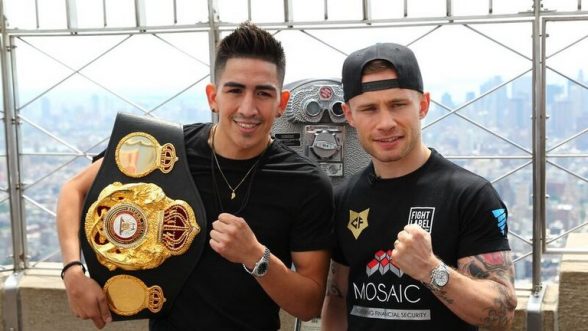