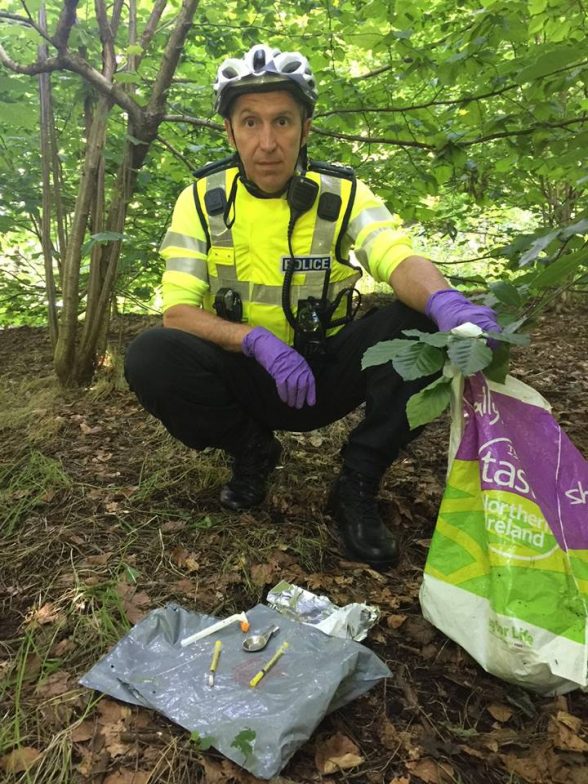 The patrol was led by Supt Muir Clark and assisted by PSNI Dogs Unit, in the Ormeau Park and Lagan Tow Path areas.

Officers located and seized a quantity of drugs paraphernalia and arrested a 24 year old and 25 year old man for drugs offences.

The pair are currently in police custody.

A police spokesperson said: “There is no excuse for drugs or for polluting public areas which are used by people of all ages.”

If you know of drug dealers in your area ring the police on the 101 non emergency number. 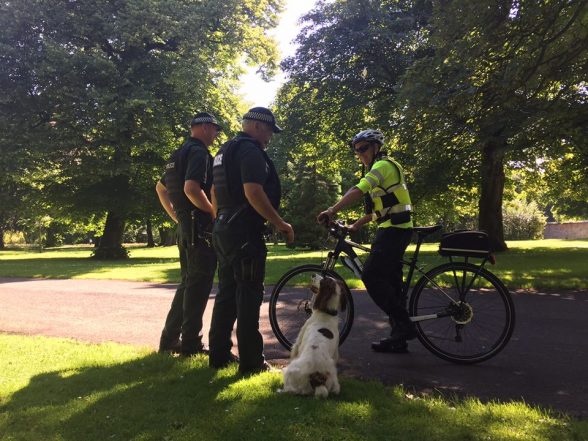